Why Should We Keep The Himalayas Clean?

Why Should We Keep The Himalayas Clean?

It takes a mountain to conquer fear. How about a peak from one of the largest ranges in the world? Alright, we agree that was a bit farfetched. But when you ponder from the ever darkening greys of an urban world, you are bound to gasp for a breath of fresh air and quite literally we mean. 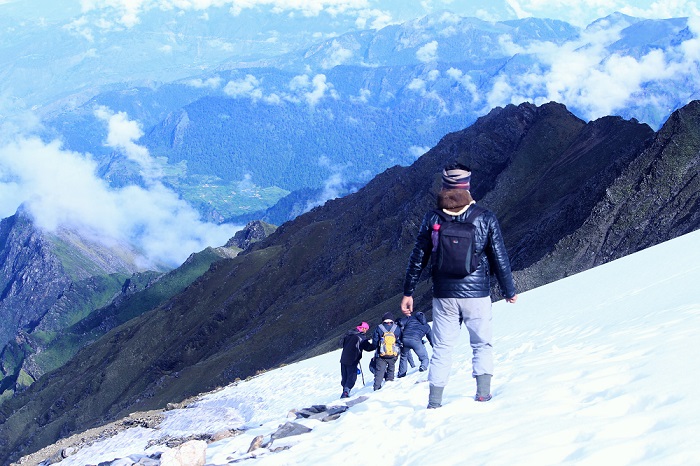 Covered in white, she is an institution to calm your senses, a view of total tranquillity, like the world around has stopped revolving; and energy so invigorating that it will get you addicted more and more as you ascend forward. Her beauty shines in hues of extreme white at the top to extreme greeneries at the bottom while a humongous network of rivulets flow from the magnificently gleaming sacred rivers. Himalayas, the Sanskrit meaning of which is the home or an abode of snow; she is the ultimate goal of every trekker’s life journey.

A nature’s paradise of magical lands and beautiful sights kept aloof, for a good reason, the Himalayas have always been a daunting yet most beloved goal of every mountaineering enthusiast. But whether it’s the natural habitat, bushy forests, wild animals, trekker’s calling or a kingdom of solace through meditation centres, the Himalayan range is a mystical adventure each time you step foot. Believed to be the home of the Hindu god, Shiva and to the highest peak to exist, Mount Everest, she is what you call an adrenaline rush, an adventure of a lifetime, an insatiable hunger to see more and home for each and every person who longs for a life unchained.

Now, let’s get onto some of the fun facts about the Himalayas. She is known to amass over 50 mountain peaks; she is also known to be one of the top spots for trekkers and adventure- seekers alike to litter trash carelessly. She is home to some exotic species of animals like snow leopard, wild goat, musk deer, Tibetan sheep, etc. while she is also constantly in news for the nuisance caused by mountaineers year-by- year. Given the rising trash count at the Himalayas, she has also become home to a handful of trekking groups, voluntary organisations and individual climbers who have arduously taken up as their duty to keep on cleaning and picking up trash regularly from the great mountain range. Okay, we agree that this did not follow the assumed order and fashion of a fun facts list.

The Himalayan range is known to be one of the youngest mountain ranges and according to geological studies is still considered to be growing about 20mm every year. The mountains here are forever welcoming but as an individual visitor, climber or a trekking group, we cannot expect nature to pull off a magic spell to vanish all the trash we leave behind into its thin air or the white snow.

We seldom talk about how one person can make a difference, but here it is of absolute relevance being at altitudes difficult for most people to reach that we pick up after we leave to leave behind for the next set of people to enjoy nature’s pristine palace of snow.