Written by Rupsha on 30-Mar-2020
Read About Author

One of the lesser explored hill stations in India, Auli is somewhat of a new entrant in the tourist map. And what’s better? This trip has it all. The bitter cold winds, the vast snow-dressed landscape, the dense forests, and the never-ending mountains, all add up to make Auli a skier's paradise. Auli proves to be an ideal locale for the adventure-seekers. 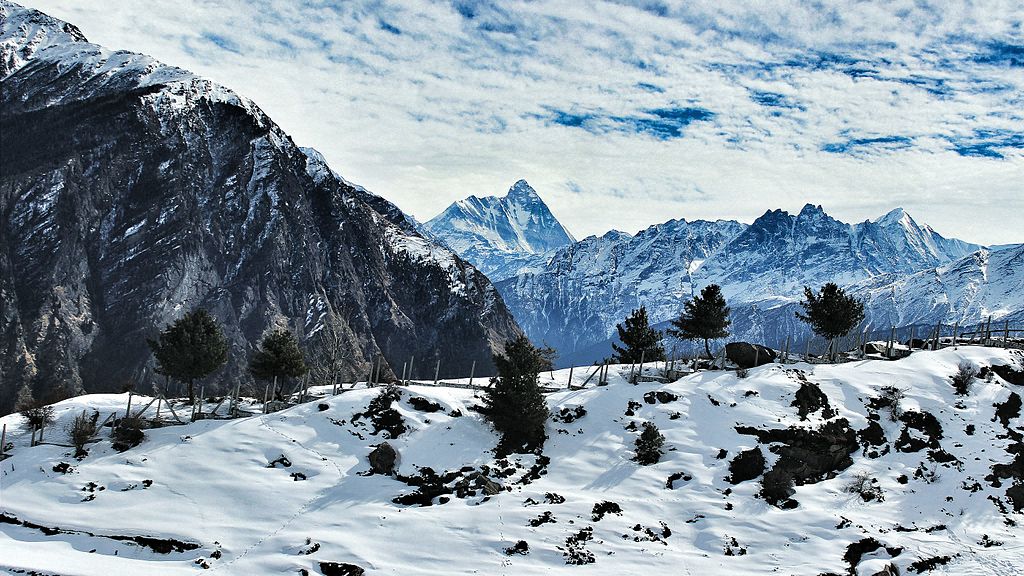 An Overview of the Enigmatic Auli

Like many popular hill stations, Auli is situated in Uttarakhand. Located towards the north of the state and forming an extensive part of the Garhwal mountain range, Auli is located at 2800 meters or 9000 feet above sea level. It is home to the famous mountain ranges of Nanda Devi, Dunagiri, Beethartoli, Nilkanth, Hathi Parbat, Ghori Parbat, Mana Parvat and Kamat Kamet. Not only do you get to enjoy spellbinding views of the snow-draped mountains but you also get to go for numerous treks in the hills of Uttarakhand such as the Gorson Bugyal Trek. Densely covered with deodar and oak forests, Auli offers a very in your face kind of beauty. Its glittering slopes, lush greenery, clean environment is mesmerizing, a beauty you cannot turn away from. Auli has no dearth in matters of natural beauty. And to make the town even more tantalizing, it also happens to be one of the most popular skiing hill resorts of India. It is one of the very few places in India where skiing is a major recreation, its lofty slopes making for the perfect skiing terrain. You also get to witness some of the widely rare Himalayan wildlife in Auli such as the Snow Leopard, Musk Deer, Bear, etc. Also, according to popular folklore, Shankracharya had blessed Auli with his visit in the 8th century, which is why numerous religious destinations can be found scattered around Auli as well. 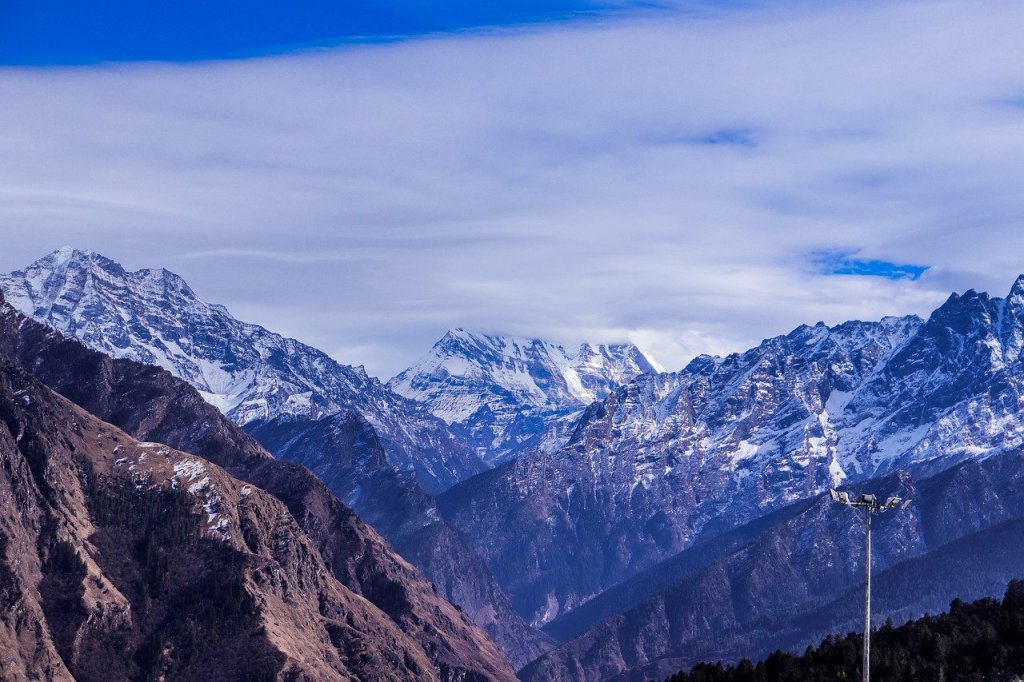 The journey to Auli begins from Delhi and ends for the night at Haridwar. The drive to Haridwar covers around 230kms and takes near about 5-6 hours. Considered one of the holiest places, Hindu devotees from all over India flock the Ghats of the Ganges running through Haridwar. Chosen as the venue for Magh Mela and the world-renowned Kumbh Mela, Haridwar is the town if you are in search of spiritual awakening. In the evening, find your way to Har-ki-Pauri - the largest sacred bathing ghat of Haridwar. The spectacular and memorable Ganga Aarti you witness there is a sight that will stay with you for life. You rest here for the night.

Once you are done with your breakfast, we resume our journey and get back on the road. The destination for the night is Joshimath with a halt at the famous Devprayag, Rudraprayag, and Karnprayag. The road distance between Haridwar and Joshimath is 270km and takes up to 9 hours. Once you have reached your destination for the night, if time and energy permit, you may explore the surroundings. Joshimath is largely popular among Sikhs and Hindus owing to the presence of a gateway that connects HemKund and Badrinath. The location is most busy between May-October. You stay here for the night.

On the third day of your trip, you make yours to the much coveted destination of Auli. By road, it is 16 km and will take approximately 2 hours to reach the location. If you, however, choose to plan your trip around the winter season, the road will however not be operational. You will have to opt for the 3.9 km cable car ride. It happens to be the longest cable car ride in Asia and is a must-try. The ride is, of course, available during the summer as well. It comes as no surprise that most choose to opt for the cable car ride. The ride provides magnificent views of the Himalayan mountain range. If you are taking the cable car it will take 35 minutes to reach Auli. Once you have reached, you can begin exploring. If you want to go skiing on the slopes, you may acquire help from the resort’s instructors and begin your exciting expedition. The ski slopes offer a panoramic view of high Himalayan peaks including Nanda Devi, 7818 m. Skiing the track that connects and upper and lower snow slopes of Auli is bound to make for one hell of an experience.

Day 4: The trek to Gurso Bugyal

Your next day in Auli is the day you have been waiting for, your trek to Gurso Bugyal. An offbeat location near Auli, the Gurso Bugyal makes for a short but adventurous trek. The 3km trail leads to the picturesque and mysterious location of Gurso Bugyal. The trail serpentines through valleys and between the imposing mountains of Nanda Devi, Trishul, and Dron Parvat. The vivid and panoramic views of these striking mountains while walking along nature trails listening to its faint music makes for a mesmerizing affair. The view is enthralling, staggering even. Also, within the vicinity lies Chattrakhund, a pristine, sky coloured lake of crystal blue water. It also makes for an ideal picnic spot in the gorgeous meadow, right in the comforts of Mother Nature. Rising at a level of 3056m above sea level, during the spring season, Gurso Bugyal is dressed up in lush greenery as far as your eyes can see. Another important attraction you must visit is the Auli Artificial Lake which is one of the highest man-made lakes in the world. The lake was specially developed by the government of India to produce artificial snow perennially. And it is a thing of astounding beauty! No pictures can never do it justice. After a day in what can be called nothing but paradise, you climb down and spend the night in Auli.

After 2 mesmerizing days in Auli, you hit the road to make your way down. But the adventure is far from over. On the way to your destination for the night, Rishikesh, you cross many popular religious sites such as The Narsingh Temple and Shankaracharya Math which you may visit. Travelling by road for 254kms 7-8 hours, you find your way to Rishikesh - the yoga capital of the World. Rishikesh is home to several Ashrams and is a different world in itself. It thrives on yoga & meditation centers. Its rise to fame was sealed from the moment the legendary band Beatles visited the Maharishi Mahesh Yogi's Ashram of Rishikesh. The place is also popular for two bridges known by Laxman and Ram Jhula. Could you think of a better way to end the trip?

After breakfast on the 6th and final day of the tour, sightsee your way through Rishikesh. You may also take upon the opportunity of river rafting. Thereafter, we begin our 230km journey back to Delhi. Our great expedition concludes in the metropolitan city.

Written by Rupsha on 30-Mar-2020
Read About Author