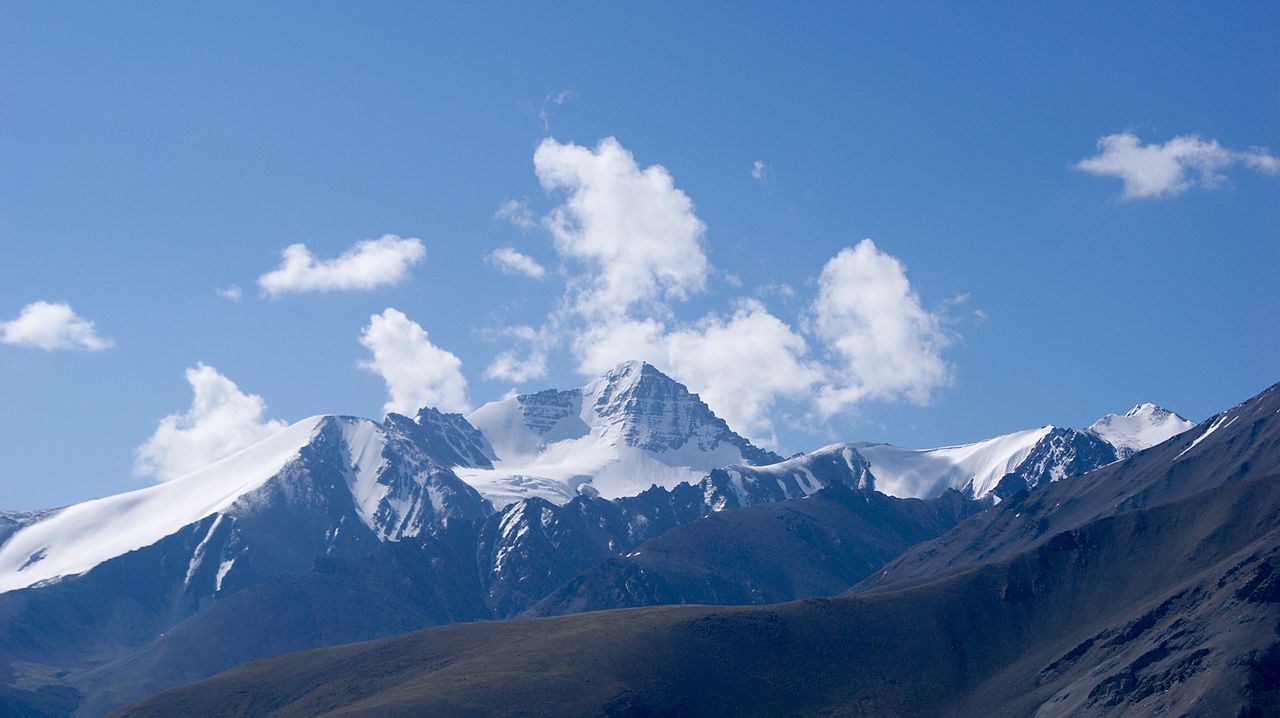 Located in the Ladakh region of northwest India, Stok Kangri is a picturesque peak of the northern Himalayas. The journey to Stok Kangri begins at Leh which is the capital of Ladakh and is situated at a height of about 3500-3800 meters above sea level. The trek involves drastic changes in the scenery as one passes through the ridges in this trail. As the summit of the highest mountain of the Stok Range of the Himalayas, the Stok Kangri Peak stands at an imposing height of 6,000 meters. The apex of this peak remains snow-covered all through the year while other parts of the Stok Kangri thaws during late July and August. The trek to its peak is an exciting journey through a treacherous yet thrilling trail which will push you to your limit. Leh is base to several exciting trekking trails and Stok Kangri trek is considered to be the most adventurous place for trekking lovers in India.

Whole trek of Stok Kangri is one such trail which has been attracting numerous tourists and trekkers since the past few years. As you arrive in Leh, the first thing you notice is the exquisitely contrasting landscape of this region. But as you march forth, you would be able to get a better taste of the rich culture of Leh. Further ahead is the path to Stok Village which is a pleasant walk amongst green trees and pristine nature. Just ahead of Stok Village is Changa Ma. From Changa Ma you trek to the base camp which is a grassy area suitable to set up several tents. The base camp itself is an adorable exotic area with a backdrop of humongous mountains and surrounded by several water bodies. The journey continues after a complete day of rest at the base camp which is often considered to be a once in a lifetime experience by many travelers.

The peak provides panoramic views of the entire Zanskar and Indus Valley which are bound to mesmerize you. As you head up towards your destination, the Stok Kangri Peak, nature would shower its bounties in the most beautiful terms possible. Reaching the summit ideally requires 9-10 hours of climbing and once you reach the top you will be able to see some majestically mind-blowing views of the Karakoram Range to your north and the Zanskar Range to your south.

Stok Kangri Trek is no doubt a rigorous one and requires a considerable degree of acclimatization. It involves a complete day of rest to let you have some knowledge about the topography of this area, challenges involved in the trek, and precautionary measures to be taken to avoid any danger. Probably it's because of the lack of oxygen here (which is obvious at a height of 20,800 feet above sea level) but often trekkers have reported the views from the summit to be breathtaking. One must be physically fit enough to endure the sheer challenges that this trek regularly brings up in the form of terrain uncertainty, extreme and chameleon weather and harsh blizzards. At the same time, this trek is surely not recommended for those who have not undertaken a high altitude trek before.

The exciting trek to Stok Kangri begins from Leh. Leh is well-connected with the national capital, Delhi via buses and flights. If traveling by road, your journey to Leh would begin after you reach either Manali or Srinagar. Taking a flight from New Delhi to Leh would be a more convenient option as it would save you a lot of time and energy. As you reach Leh, get a feel of the fresh air there and relax as you would need to acclimatize to the weather first.

Day 2: Acclimatizing to the weather and Exploring Leh

The 2nd day of your journey is reserved for exploring and acclimatizing to the weather of Leh. Leh is a culturally enriched town with several historical landmarks. Visit the several monasteries or try some local cuisines in one of the several quaint food-joints dotted around the town. Exploring some of the major highlights of Leh would easily take up a day. There are several reasonably priced hotels to choose from in Leh. Spend the night in Leh, get some sound sleep, and wake up fresh as the real trek is just about to begin.

Leh is well-known for its challenging yet exciting trekking trails with heavenly views. As the 3rd day begins you would be driven to Stok Village. The drive from Leh to Stok Village is quite exciting. As you start from Leh, you will pass through many picturesque sceneries filled with lush green trees and natural beauty. The roads might get a bit bumpy as you approach Stok Village but it's hardly a concern as the weather is perfectly fine during the summer season. The Stok Village is also home to the Royal Palace where the recently crowned King of Ladakh resides. The Royal Palace is an amazing place to visit and there's a small museum inside the palace which houses many vintage and religious artifacts. As you reach Stok Village, get ready to start your trek to Chang Ma. The trek to Chang Ma is a bit treacherous with all the snow involved. But with help from your guide, you would definitely enjoy this snow trek. Overnight stay would be arranged here. Tents are set up in an open land where you could enjoy your dinner and then retire for the day.

After spending a good 3 days acclimatizing with the weather, on day 4 and 5 you gradually begin the Stok Kangri trek. The trekking route from Chang Ma to Mankorma passes through the barren grey landscape of Ladakh. Along the way, you would get a glimpse of the real beauty of Ladakh and also realize why Ladakh is known as a cold desert. You would cross 2-3 small streams while reaching Mankorma and the overall trek is a fairly easy walk along the river. Here you stay overnight in tents.

The trek to the base camp ideally requires a few hours. The base camp is set in an exotic site with scintillating views of the nearby mountains and surrounding greenery. The area nearby has several lakes and water streams where you could enjoy the ice-cold water or take a walk to the upper areas of the campsite and enjoy panoramic views of the surrounding. The nearby area also provides an amazing view of many nearby peaks such as Gulap Kangri, Parcha Kangri, etc. Otherwise, the base camp is also a pleasurable place set in a grassy area where you could relax and rejuvenate for the next day's trek. You would need some more acclimatization here as further in the journey the air will get thinner and you would notice drastic changes in the weather in the days to come. The overnight stay for day 5 would be at the base camp in tents. Make sure to carry enough warm clothes to tackle the lowering temperatures.

This is an easy day in terms of trekking but not entirely reserved for rest. On day 6 you explore the nearby places to familiarize with the surroundings. The upcoming trek would be full of challenges and you need to be prepared for them before you leave. The trek leader would provide you with all necessary information about the different changes in the terrain and guide you throughout. You would need as much information and experience as you can get because the trekking trail can be treacherous at times. Further in the journey, you would be trekking in the sinking snow. There would be situations where your legs might sink up to your knees in the snow. Hence, it is essential to know the surrounding conditions so that you could handle such situations. Try to get some rest on this day as tomorrow you would be beginning the final leg of your journey. The overnight stay would again be in tents and by this day you would have had a fair idea of the weather conditions in this area during the day and at night.

Finally, the day has arrived when you head out for the grand finale of the journey. Today's trek would be the most strenuous as well as the most memorable one. The trekking route involves passing through glaciers and climbing steep slopes which finally lead you to the summit ridge. Unlike earlier treks, this one is quite lengthy and requires you to be physically as well as psychologically prepared. An average climber would require around 9 to 10 hours to complete the whole trek whereas a slow climber might require an additional 2 to 3 hours. You would reach the summit of the ridge within a couple of hours of beginning your journey. Standing on the summit and gazing the nearby mountains will make you feel like a King watching over his kingdom from the balcony of his palace. Catch some amazing views of the Karakoram Range and the Sasser Kangri Peak towards your north and the Zanskar Ranges on your south. Make the most of your time while you are on the summit as you would be heading back for your base camp in a few hours. After you reach the base camp, relax for the day, enjoy your dinner, and get a good night's sleep in your tent.

This day would mark the beginning of the conclusion of your journey. All these days of exploring the mountains, coping with the extreme weather, facing challenges, and gaining experience comes to an end on the 8th day. Catch some final glimpses of the majestic snow clad peaks and pristine nature in this area for the final time. As the day approaches, you start your journey from the Base camp to Leh. Be careful while heading down as trekking downhill can also be complicated and challenging at times. You will need to walk until Stok Village. The trekking finally ends here and from Stok Village you would be driven till Leh. The drive back to Leh is quite a subtle experience as you would be reminiscing the amazing memories of the past eight days.