The land with a vast expanse of forests, mountains clad with the white heavenly sheet of snow and glacial crystal lakes which compelled Rudyard Kipling-the poet to exclaim, ‘Surely the gods live here; this is no place for men’. Such is the awe-inspiring beauty of the land of Himachal Pradesh. Far away from the hustle and bustle and the monotony of everyday life, Bir is the perfect escape to retreat into serene valleys and discover yourself while in the lap of nature. 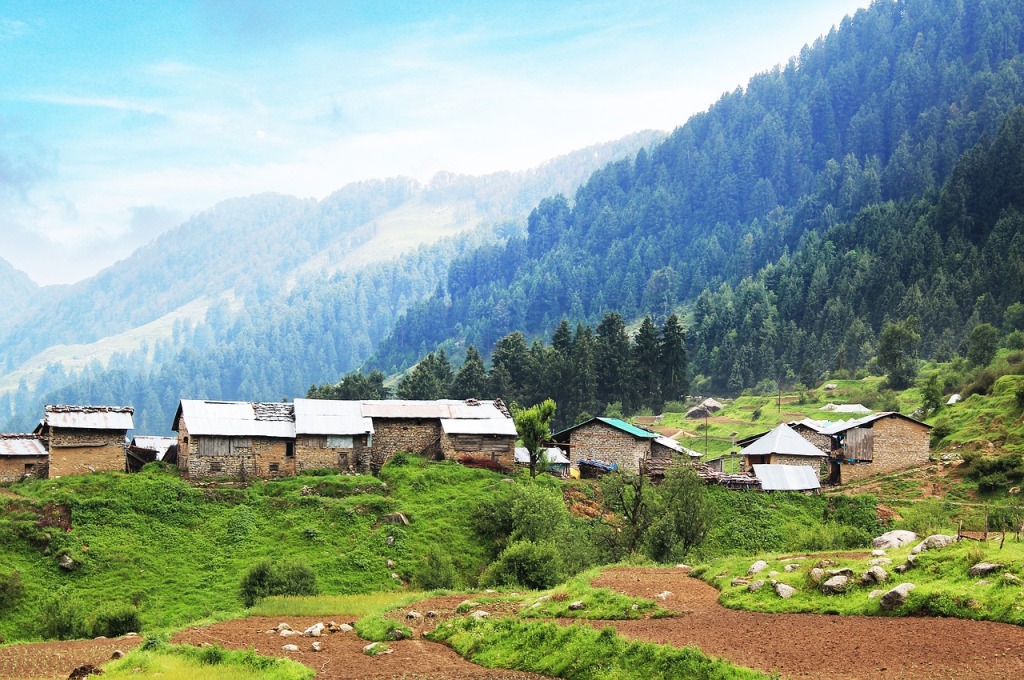 Located in the aesthetic natural landscape of Himachal Pradesh, Bir is a small town located at the foothills of the Dhauladar range, which forms the lower part of the western range of Himalaya's. The altitude of Bir observes a rapid increase from 1350 ft. to 2430 ft. above sea level at a distance of 16 km at the point called billing. The village of Bir with its pristine beauty and heartwarming landscapes is the abode to a community of semi-nomads known as the Bhangalia community and is also the home to settlers known as Kangari Pahari.

Better known as Mini- Dharamshala and best known as Paragliding Capital of India, Bir is the one-stop to satiate all your adventure related needs. From mountain biking, hand gliding, trekking, and without needing to mention Paragliding, the valleys of Bir have thrill suspended in the air. 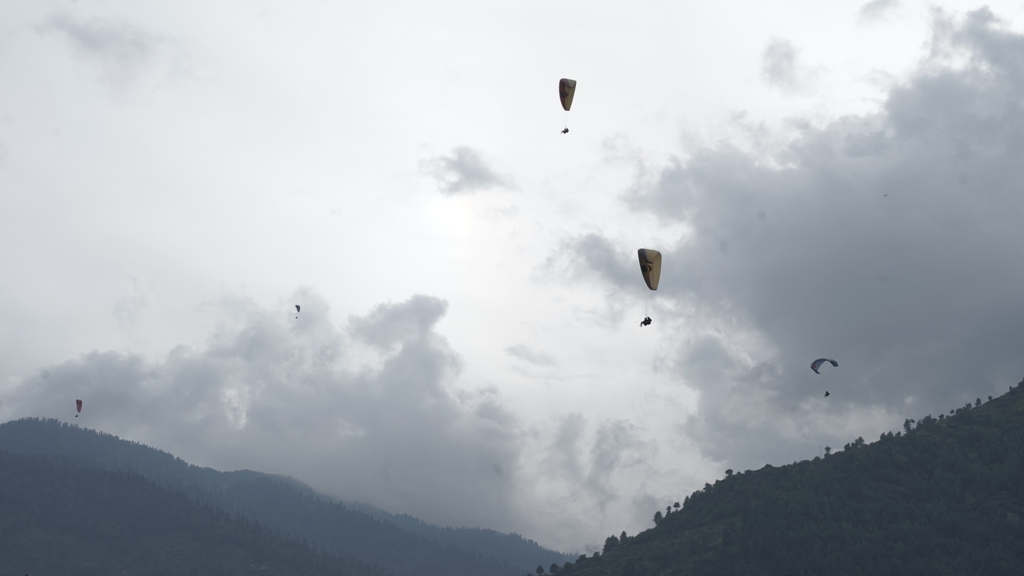 The strong thermal currents, the ideal setting of winds, the cloud base of 4000-6000 metres and the relatively consistent weather conditions make it the ideal place for the paragliding sport. These factors of perfection attract multitudes of adventure enthusiasts from across the oceans to visit the place and soar high up in the sky like a bird, bagging an experience that they cherish for a lifetime.

The lush green meadows in the village of Billing are the point where launching takes place, situated at an altitude of 2500ft. from sea level while the landing takes place 14 km south at the western edge of the Tibetan Colony in Bir and the ideal period for carrying out the sport lasts from October to June.

Stretching from April to June, the summer season in Bir is as beautiful as any poetry about summer season would ever be. The valley of the Bir, glistening with the melting snow adds on to the awe-inspiring beauty of the landscape. The heavenly aura of the place during this season is beautiful enough to attract enthusiasts from across the globe who find retreat in the valleys of Bir and at the same time experience the fortune of Paragliding in Bir. The light to heavy monsoon showers observed towards the end of this period and later on, enhance the beauty of the place further flourishing the flora and fauna of the place, but the rainfall season is unfit for paragliding rendering only summers to be the best time for that experience.

Starting from December and ceasing in March, the winter season observes a grave drop in temperature down to sub-zero resulting in the land being clad with 4-6 feet ice sheets.

How to reach Bir Billing

The town of Bir does not have direct flight connectivity. The nearest accessible airport which establishes the connectivity of Bir with the world is the Kangra Airport, located at a distance 67.6 km. Other nearby airports include the airports of Chandigarh (290 km), Amritsar airport (260 km) and New Delhi (520 km).

Bir has a well-established road connectivity mostly by the means of buses which are operated on a daily basis, throughout the day from places like Shimla, Dharamshala, etc. The developed roads also allow the facility of travelling by cars and shared taxis.

The time from March to June witnesses a temperature range of 11-25 degrees Celsius and air current thermals of 6-12 metres per second, rendering it just the perfect season for paragliding further making it the peak tourist season in Bir. Myriad paragliding competitions are organized in the region due to favourable weather conditions.

Another season, from November to February, that witnesses hoards of paragliders are the one from October to December. With an air current thermals of 4-8 metre per second and an optimal temperature range of 18 degrees Celsius, the place successfully attracts professional paragliding pilots from faraway lands. As the seasons are preceded by the monsoon, the view from the top is even more beautiful as the rain showers enrich the lands.

After Paragliding, trekking and camping are the next best experiences that you can live while enjoying your time in the meadows of Bir Billing as it is the land with mysteriously beautiful terrains that are sure to enthral you just in one stroll around there. The two most famous treks that trek enthusiasts can undertake are-

Tatta Pani Trek begins from a hydroelectric power station located at a distance of 20km from Bir, where the last 2-3 km stretch of the distance has an extremely rugged topography. The trek follows up to the hot water spring which is the main attraction of the track. Though the trek is just a 2.5km stretch, it takes about 2-3 hours while ascending due to the lack of defined features and the absence of a clear path. The trek doesn't promise scenic beauty but the hot water spring is the treat of this trek.

This is another interesting trek that is undertaken from Billing. The trek is not particularly difficult but its length often happens to be tiring. It usually takes 5-6 hours but it may vary depending on the halts taken on the way. Once you reach Hanumangarh, you couldn't help but camp there overnight, adoring the breath-taking beauty of the Dhauladhar ranges high up from there. Undoubtedly the place is the abode to a magnificent Hanuman Mandir, from which it derived its name.

The trek to Marhola is 5-6 hours journey. The trail of the trek makes its way through the forest trail, which opens up to the meadows surrounded by Dhauladhar Mountain ranges on either side. What makes the place immensely magical is the view of the Milky Way in amidst the skyclad with stars. Under the canopy of stars, overnight camping becomes a must to yield the best out of the experience. The trek is an easy one and doesn’t require major prior trekking experience.

Situated under the foothills of Dhauladhar mountain ranges, the trek to Rajgundha is one of the most renowned treks because of the scenic beauty and the tranquillity it has to offer. The trail passes through the lush green path, leading to the snow-laden hills, the top of it being approx. 2400 metres above sea level. This is just a 4km trek that takes about 4-5 hours, where the journey is as beautiful as the destination.

Undertaking the waterfall trek while at Bir has to be a sure thing. The trek begins from the Bir Ashram area, and hardly after 30 minutes, you get the beautiful sight of the first waterfall followed by another waterfall in the next 15 minutes while on the same route. The scenic beauty of the Dhauladhar range with the gentle breeze embracing you is always a heartwarming experience. The trek from Bir to the waterfalls and all the way back together takes not more than 2-3 hours which makes it even more favourable.

Bir Billing is the one-stop that can give you savour adrenaline rush with the plethora of adventurous activities it has to offer and at the same time can settle your restless heart with its beauty laden landscapes.