11 Best Short Trekking Routes In and Around Shimla

11 Best Short Trekking Routes In and Around Shimla

Written by Ekta Rehalia on 23-Feb-2022
Read About Author

Shimla also known as the 'Queen of hills' is the capital of the Northern Indian state of Himachal Pradesh. It is ranked one for tourist destination, though it is also a great place for adventure lovers, with infinite possibilities of adventure activities such as paragliding, rafting, camping, mountain biking, skiing, ice skating, cycling and many more that can be enjoyed by anyone. One of the great things about Shimla is that all the adventure activities are accessible here, which again makes it a popular arena for adventure activities in Shimla. Having an elevation of 7,100 ft, it sits quite high on the Himalayan foothills in the northeast of Chandigarh. 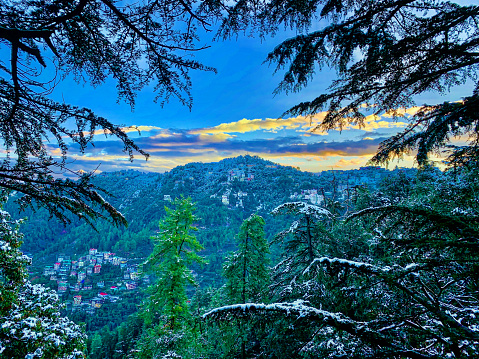 Apart from its beautiful picturesque views, Shimla is also quite famous for trekking, be it short like Karol Tibba, Shali Tibba or long like Pin Bhaba Pass, Buran Ghati, it attracts the adventure seekers worldwide. Another best thing about trekking in Shimla is that anyone irrespective of his/her age, solo or in group, with or without family, can do the trek as short treks are available in plenty.

So, if you ever plan to do the trekking in Shimla, here are the quick and short treks near Shimla that you can explore: 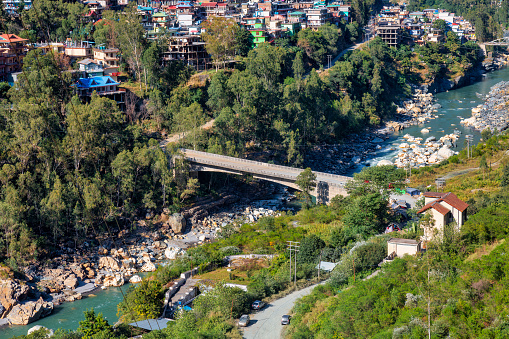 Churdhar peak is a highest peak of Sirmour district and lower and outer Himalayas. It is also a holy place dedicated to Shri Shirgul Maharaj (Chureshwar Maharaj), a deity widely worshipped in Sirmour and Chaupal. It is easily accessible from Nohradhar.

It has a moderate elevation of 12,000 ft. The peak is visible from Shimla, Solan, Kufri and Kasauli, which makes it a popular choice for hiking in Shimla.

One of the best things about Churdhar peak trek is that although it can be done in two days but those who are highly vigilant can make it in one day, which again makes it a popular choice for hiking in Shimla.

Now if we talk about the attractions that Churdhar peak trek offers are highly stupendous. It offers beautiful panoramic views from the summit; dense deodar and alpine forests will accompany you all the way. Also, the whole arena is covered with 56.16 square kilometers of forest sanctuary, which will make you feel that you are in some typical green atmosphere.

And for those who are looking to get blown away by the snow, the Churdhar trek will be such one. As Churdhar is the highest peak of Shivalik ranges, it offers moderate to heavy snowfall (on average of 33 ft.), Which is why Churdhar is also known as Churi-Chandni Dhar(bangles of snow ridge).

From the summit, Badrinath, Kedarnath, Sutlej river, The Gangetic basin, Shimla, Kufri, Chail, Chakrata & Kasauli are visible which again will blow your mind. 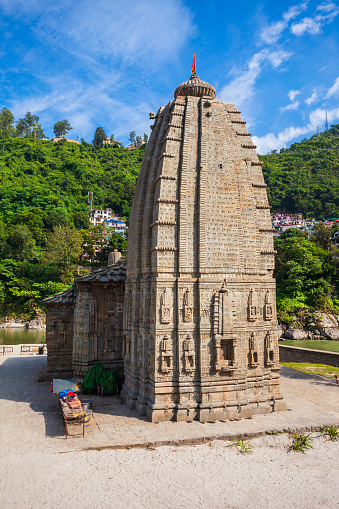 It is situated at Bihargaon in the foothills of Shimla district of Himachal pradesh. Dhanu Devta temple acts as the sacred home of many devotees. En route would be Bemloe and Central potato research institute.

The Dhanu Devta temples are a rich source of ancient heritage culture. The entire temple is made of wood and it just smells nice and serene. The alpine forests would be of great delight to watch.

It is just 4 km away from Shimla, and can be accomplished in 2 or 3 hours. Supported by motorable roads and landscapes, it can be done anytime of the year that is why It is considered as the most easiest and accessible short trek near Shimla.

Though this trek is not that popular but still it is quite good to spend the afternoon. 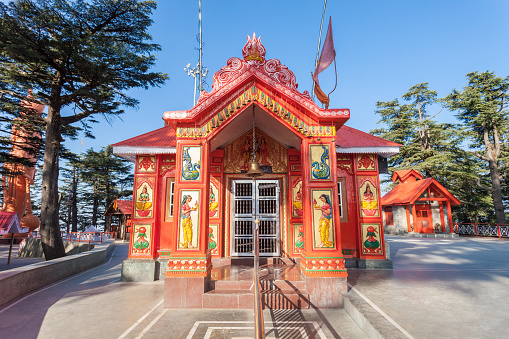 Jakhoo temple is an ancient temple in Shimla and is dedicated to Lord Hanuman. Situated on top of the Jakhoo hill, It is considered as the holy place for the devotees.

This trek is considered as the easiest to do, with easy walk and a steep uphill climb. There is also a health meter or a sign board at Jakhoo hill that checks your physical fitness to do this trek. It should be strictly avoided by elderly and obese people as there is a strenuous uphill climb. Though, they can use vehicles to reach at the temple.

The 108 ft high statue of Lord Hanuman is a major and foremost attraction of Jakhoo temple which is visible from Shimla and the Ridge.

Apart from lofty and snow clad mountains, deodar and alpine forests, mesmerizing landscapes this place also offers spectacular regions to explore. Some of them are (1)Lakkar Bazaar: It is an old wooden shopping market from which you can buy wooden stuff, artifacts, key chains and wooden handicrafts.(2)Sky jumper trampoline park: It acts as the best amusement park near Shimla in which you can have the surreal experience of gaming, dash cars, volleyball, basketball and other amusement activities. 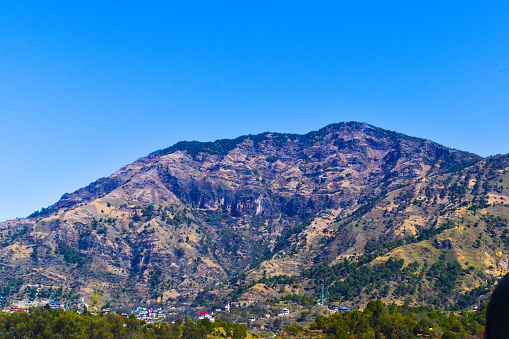 Karol Tibba trek is a popular picnic spot and a tourist destination. There's a popular belief that surrounds Karol Tibba is that once 'Nanga baba' also known as 'Karol ka baba' meditated in its forest and caves. There are many more such mythologies that surround Karol Mountain.

An annual fair known as 'Karol mela' is also organized by the locals and villagers, in which feast and games are organized. Another reason why you must give it a try.

The green patch is a big open meadow and a vast majority of grasslands that will surely enlighten you. You'll also come across various mushrooms gnawing on the way, as Solan is known as the mushroom city.

Overall, the place will bring you the much needed serenity that you want in your life with spectacular views of mountains, beaming clouds full of eagles, big caves, lush and green lands and cliffhangers. 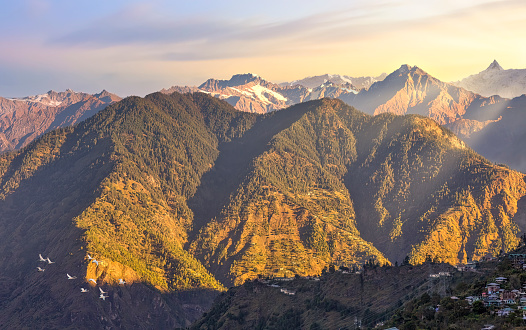 Situated right behind the Mashobra ridge in Khatnol village of Shimla district, Shali tibba is an easy, beautiful and adventurous trek surrounded by Shimla, Kufri, Fagu, Mashobra and Narkanda that can be accomplished within a day.

It offers the splendid 360 degree views of Himachal Pradesh, with blue pine and cedar forests accompanying you all the way.

The temple situated on top of the Shali tibba is dedicated to Bhima Kali, a goddess highly venerated by the locals. The temple is a great attraction to many as it subverts the typical Himalayan architecture with wood and stones carvings. On the occasion of Navratri, the temple is full of hustle and bustle of devotees which make this place not less than a heaven.

Hatu peak is one such stunning short trek in Shimla that most of the people are not accustomed with. With a towering height of 11,155 ft. Hatu peak brings mesmerizing views of Hatu Mata shrine, dark pine forests, vibrant meadows and superb mountains.

And why March is contemplated as the best time to visit is because you can witness the winter residual snow that will thwart the trails and make the journey spellbound, which will insist you to tell to your friends that they also should treat themselves with an experience of great snow trekking in Shimla.

Karena peak, the beautiful green hilltop best for sunrise views will be visible from Jor bagh near Hatu peak along with Baghi village and Tanni Jubber Lake, apple belt and various forests will enchant you all the way.

Kuppar Bugyal trek is popularly known for its variety of alluring forests like coniferous, rhododendrons and deodars that sit on the top of the Pabbar valley. If you are keen to watch the unseen Himalayan forests then time your Kuppar Bugyal trek.

The major attraction of Kuppar Bugyal trek is the magnificent views of flora and fauna and Wildlife species such as black bear, brown ghoral, Himalayan brown bear and Monal pheasant species that you surely don't want to miss.

Majestic scenics of Kinnaur peaks such as Krunshikring, hansbeshen and chanshal are bestowed and a good amount of snow will also be laid down to welcome you that make it quite scenic and photogenic. 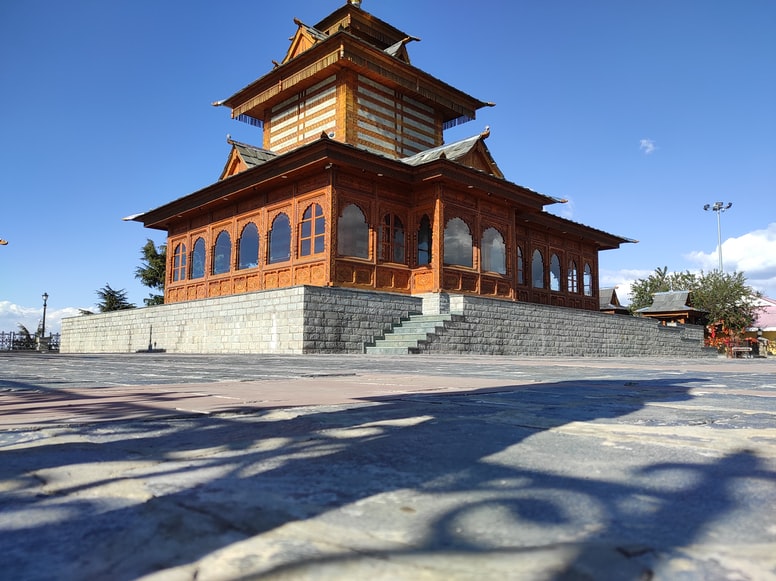 It is a very convenient and easy short trek in Shimla. One can also enjoy the toy train ride from Shimla to Tara Devi and then trek to the temple in a most wonderful way. The devotees have been seeking the blessings from Tara Devi temple since 1775, which in itself is amazing. Panoramic views of Shimla, Kasauli & Chail and snowfall, small huts, deodar and pine forests en route will also be a great delight to watch.

Favorable time to visit is from October to February as the rest of the months are unsuitable as the area is highly prone to landslides and hailstorms. 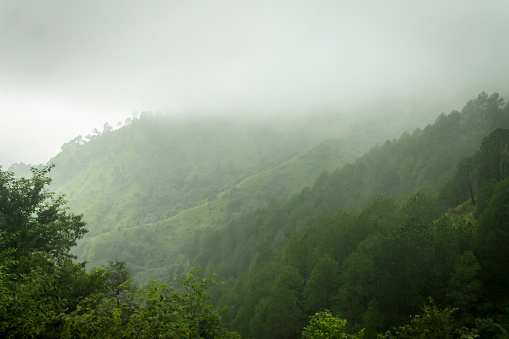 The cascading Chadwick fall trek,with its majestic height of 86m, making twirling and bewitching sound as the cold breeze squeaking whenever touching with the water, surrounded by the lap of nature, glen, deodar and pine forests and splendid hills, It will give you an ample amount of time to spend with yourself and the beauty of nature.

It is advisable to do this trek in a group as the path is highly secluded.

If you are looking for the perfect leisure spot in Shimla to ease your mind then the summer hill trek is the one. It is surrounded by mesmerizing nature. It is located on the Kalka-Shimla railway line and can easily be approached.

It is also known as potter's hill as this place is highly famous for clay and potters from all of the places around come here to explore the clay for the pottery.

The summer hill is covered with dense forests and floral species like oaks, pines and deodars which is the source of imperturbable tranquility.

Winter and monsoon time periods are advisable to avoid as it is extremely cold and most of the times temperature falls down to the zero degree mark which is inconvenient to do the trek. 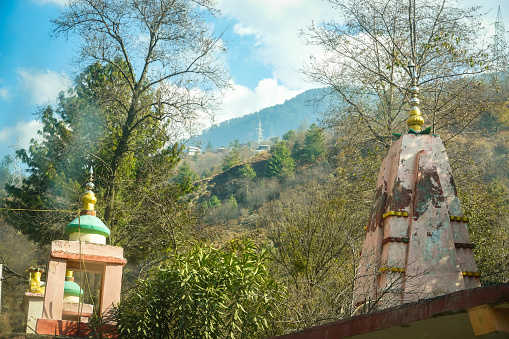 Kamna Devi temple can be easily accessible from Boileauganj on Shimla-Bilaspur road. It is a 20 minute walk from Boileauganj, en route would be Vice regal Lodge of the Indian lnstitute of Advanced Studies. The temple lies on top of the prospect hill and is constructed by Rana of Junga. It is often exclaimed that Goddess Kali fulfills the wishes of whomsoever travel up the hill.

It is a great place for adventurous activities like rock climbing and sightseeing.

Written by Ekta Rehalia on 23-Feb-2022
Read About Author