The valley is filled with rich and vibrant flowers and is a treat to every trekker’s eye. It is also home to many endangered species and vibrantly colourful flowers like the blue Primula. It is known for its natural beauty and ambience and has been declared a world heritage site by UNESCO in 1982 and was declared as the National Park of India. 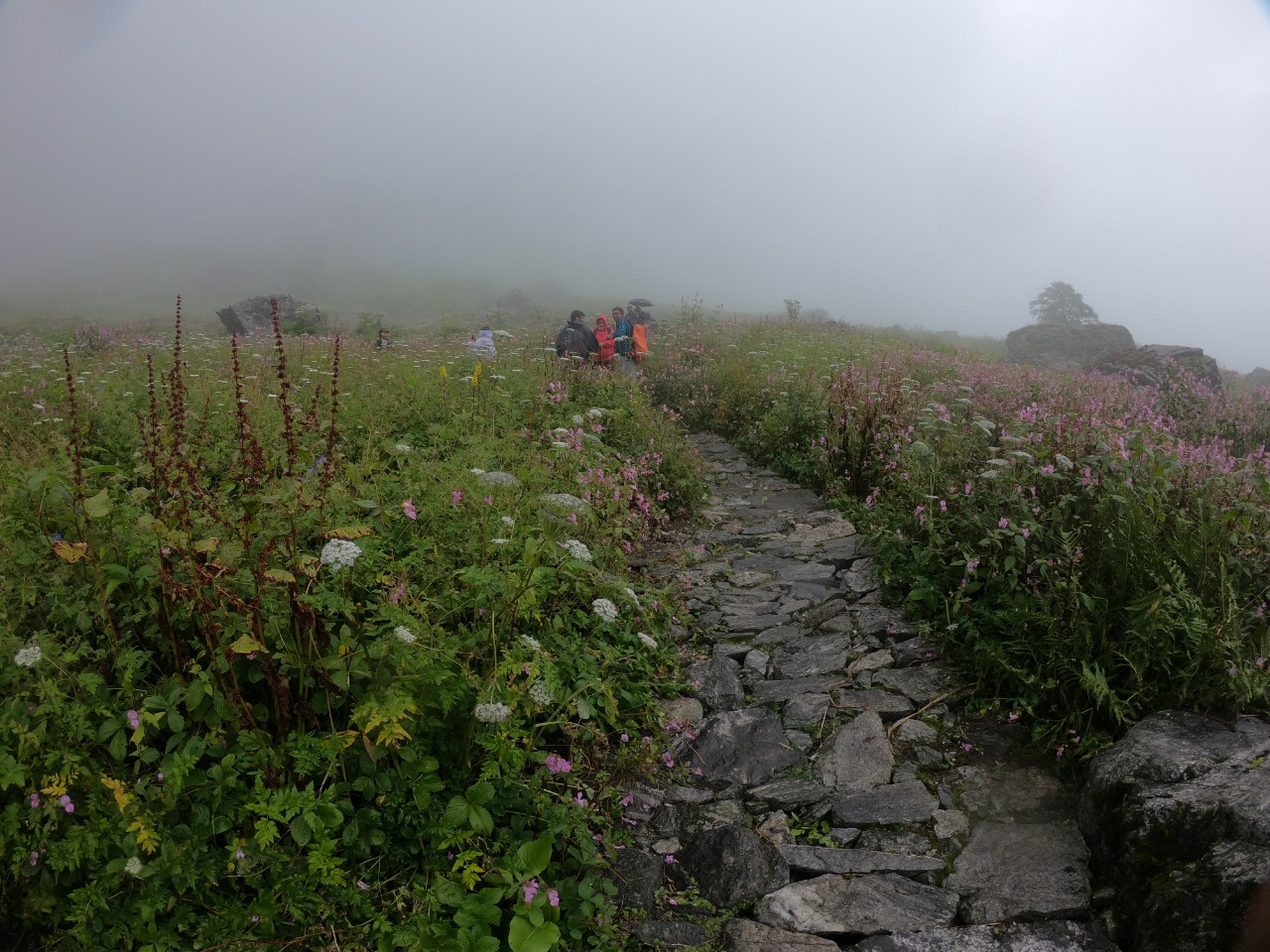 With a 38km hike that is evenly distributed over 6days, the trek route transverses through the colourful flower-filled valleys on one side with tall snow-covered mountains on the other. The trek is not only about flowers, but also has other natural beauties like the high altitude glacier-fed lake – Hemkund, a small stream – Himganga, Pashupati river, along with the religious site of Hemkund Sahib and Laxman temple, which adds to the serene ambience of the trail.

While glaciers flowing from Hathi Parvat and Saptrishi peaks flow into the Hemkund lake, legend has it that, in one of his earlier births, Guru Govind Singh had meditated on the banks of this lake. To pay homage to this legend, you can find Hemkund Sahib, a gurudwara nearby.

With Frank Smith, a British hiker to thank for his accidental discovery in 1931, the valley and natural botanical garden attract botanists, flower lovers, wildlife photographers bird watchers, trekkers, nature lovers and adventure lovers from all over the world. Being a deep valley close to the Joshimath region, this is a natural botanical garden in the Himalayas. With the ascend being of a mindboggling altitude from 6,300ft to 14,200ft, the trek is considered an easy to moderate trek in terms of difficulty.

As the trek gives you an experience of the best features of a Himalayan trek through the flower-filled valleys for a week, the trek starts from Govindghat and takes you to Hemkund lake and Hemkund Sahib Gurudwara, as it concludes back in Govindghat, after which you travel back to Haridwar through Joshimath. 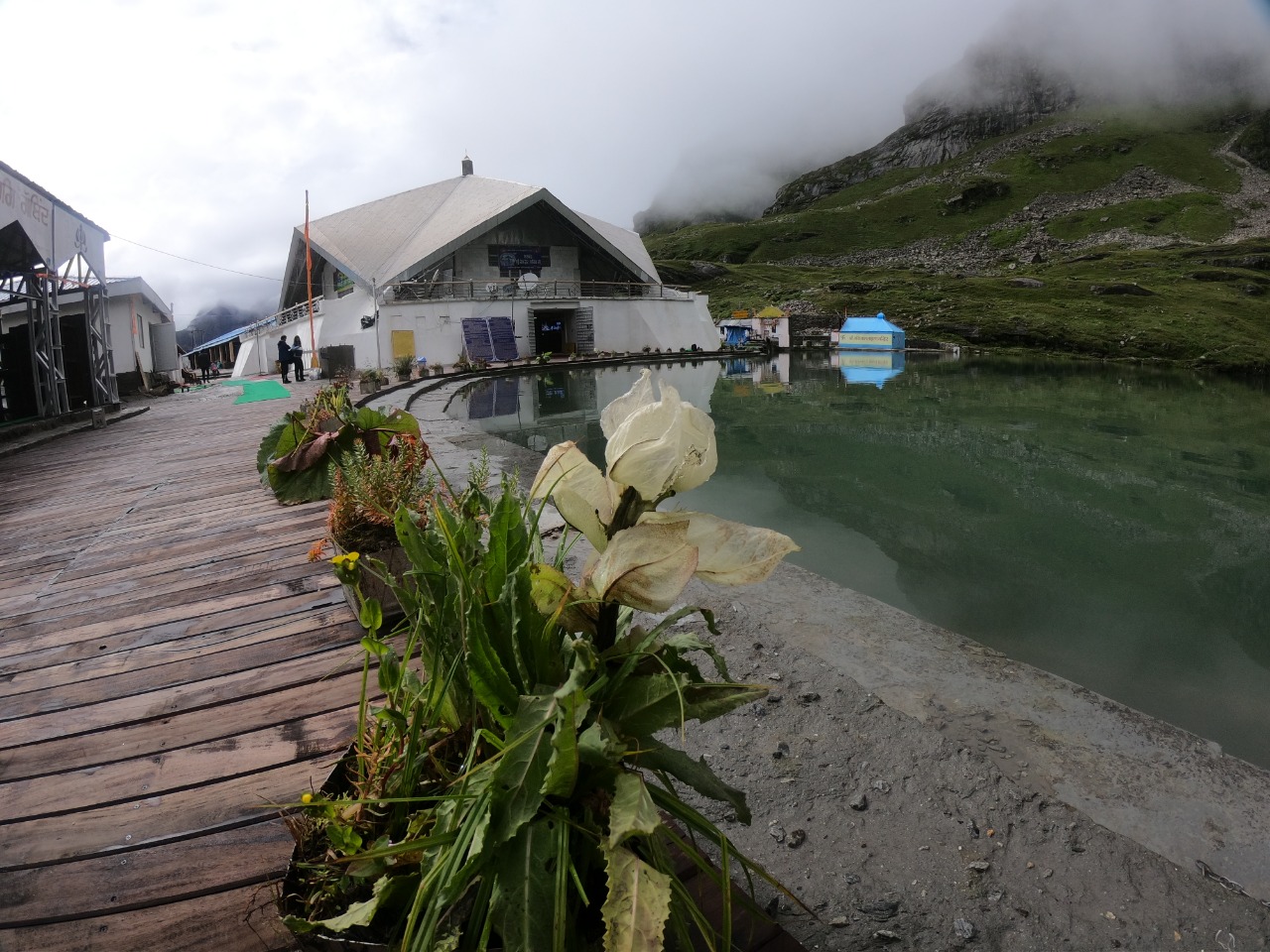 This trek is not only about rich flora and fauna, as the water bodies too play an important role in creating the serene ambience of the flower-filled valley. Right from the journey to Joshimath from Haridwar, throughout your drive, you will find the holy river Ganga flowing right by your side. As you drive up, you get blessed with the view of the confluence of the two rivers - Bhagirathi and Alaknanda river and form the holy Ganga. Later in the journey, you will find the confluence of Bhagirathi and Alaknanda as well, along with three other small rivers.

Only 511kms away from New Delhi, the Valley of Flowers is an easily accessible trek as Joshimath serves as its base camp. With well maintained motorable roads helping you reach your destination, you can choose to travel the entire route by road, or opt to travel via Haridwar railway station- its nearest railway station, or via Dehradun airport- if you want to travel via a flight.

Although trekking in the Valley of Flowers is preferable in months of June to October, during the monsoon season, for the beauty it showcases, you can visit this place at any other time as well, to experience different shades of the landscape. While the winter months are quite cold here as you will find your surroundings dressed in snow, the summer months, on the other hand, are warmer as the snow melts, and the monsoon season seems to add life to the flora and fauna of the valley.

Best time to visit the valley of flowers

Valley of Flowers, also known as the "Foolon ki Ghati" is one of the rare treks that is favoured by trekkers during the monsoon season. While other trek routes remain closed during the monsoon season due to landslides and slippery roads, the Valley of Flowers trek flourishes in all its mirth as rainwater rejuvenates the valley with new life. With a vast stretch of land being covered by flowers of various kinds, colours, shapes, and sizes covering the terrain with a burst of colours, the valley attracts lots of tourists for its picturesque view. 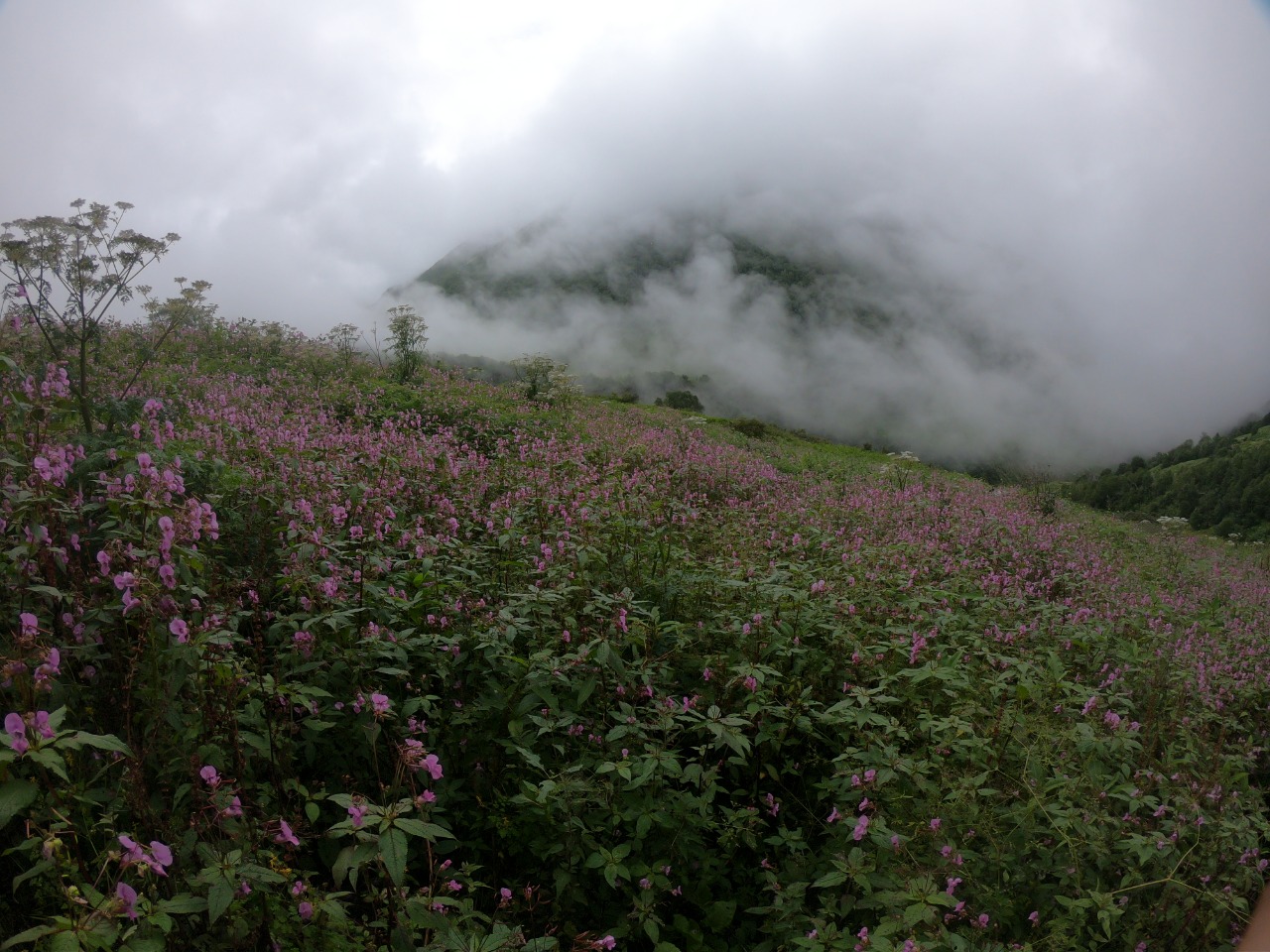 Being one of the major regions of the Nanda Devi biosphere, along with various flowers, various endangered species, exotic animals, exotic mountain birds, and butterflies calls this valley their home. The biosphere is home to Asiatic black bear, Musk deer, snow leopard brown bear, blue sheep and many such rare species that make this place loved by the wildlife photographers and botanists for its diversity.

And since you are visiting a terrain that has nature, flora and fauna as its main highlight, you would want to visit it when it is at its full glory. Although the area mostly receives light rainfall and drizzle during the day, it does feel refreshing, but it also makes the terrain a bit slippery. So, as a precaution, it is important that you wear shoes with proper grip and carry ponchos or raincoats. You can wear waterproof shoes, if possible, as they often prove to be quite useful.

Valley of Flowers in Summer

In this region, April to June are the months of summer. During the early summer, i.e. April, the snow starts melting in this region, bringing a sense of mirth in the ambience as flowers start blooming and the birds chirp around. The snow melts and feeds the lakes, and forms the streams and rivulets. With the snow melting, the terrain has a contrasty look to what it was a few months back in the winter. While in winter the terrain was covered in white snow, the valley slowly starts getting filled with colours as wildflowers start blooming, filling up the mountain air with the smell of fresh flowers.

As the days get longer and the months roll on, the sun’s rays warm up the mountain air and make the weather quite comfortable. While in the early summer days the average temperature stays around 17 degrees Celsius, which slowly rises and reaches a maximum of 29 degrees Celsius.

Valley of Flowers in Monsoon

During the months of the monsoon season, that is from late July to early October, the valley is covered in a blanket of colours from the soft petals of the beautiful flowers, as the mountain air is filled with a fragrance that is heavenly in every way. This paradise in the Himalayas feels all the more beautiful as the birds fly in here and you can hear them chirping and singing in their full glory. The light rain and the occasional drizzles add to the ambience of the picturesque valley. True to its name, the lush green valley gets covered up in vibrant colours adding contrast to the panoramic view during the months of monsoon.

With an ambience that is beautiful in every way, the weather during this period is perfect and quite favourable for trekking or touring. The average temperature during the monsoon season stays around 20 degrees Celsius and stays within a comfortable range of 26 degrees Celsius.

Valley of Flowers in Winter

As the temperature slowly starts dropping from the months of October, the look of the valley changes completely. As winter sets in, what was once covered in colourful flowers, gets covered in a carpet of white snow. Winter in the valley starts from late October and lasts till February. As the flowers dry up and fade away, the land of flowers transforms into a land that experiences bone-chilling temperatures in its peak winter days and shows off the sparkling beauty of white snow, quite opposite to what it was a few months back. Being declared as a world heritage site, as its season ends, the valley gets closed down for the tourists on 31st October.