Written by Anwesha on 22-Feb-2020
Read About Author

When it comes to trekking amidst Himalayan alpine meadows, very few trails can come close to the spectacular beauty of Bhrigu Lake Trek. Nestled amidst lofty, snow-crested peaks in the upper Kullu valley at 14,000 feet, the glacial Bhrigu Lake is celestial beauty personified, and so is the road leading up to it. Situated on the eastern side of the famous Rohtang Pass around 20 kilometres from Manali, the trek is best accessed from Gulaba Village and is ideal for both beginners and veterans alike. The trail snakes through heartwarming forests of silver oaks, cedars and birches, and opens into the magnificence of lush green fields with mountains of Pirpanjal and Dhauladhar peeking from every side in an unparalleled vista. 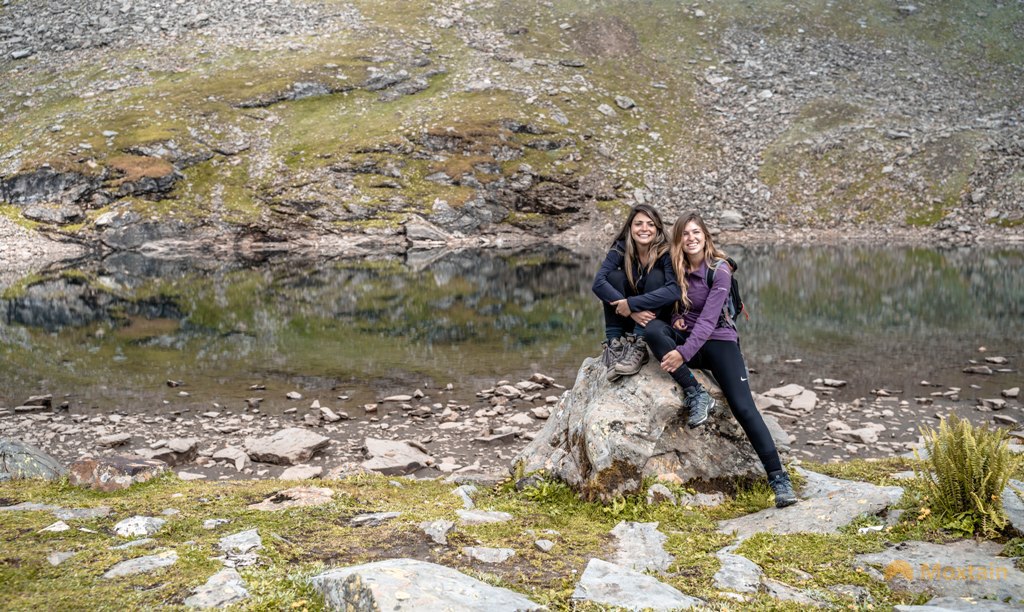 The endless stretches of grassy dunes paint a picture too sensational for words. Colourful wildflowers bobbing their pretty heads here and there, and majestic horses graze and gallop around freely, like a painting out of a fairy tale. The last campsite before the sight of the lake is at Rola Kholi, from where the Seven Sisters and Hanuman Tibba are clearly visible. The lake itself is a sight to behold as well. The look of it changes from season to season. Sometimes a crystal blue greets the trekkers in all its royalty, sometimes it appears a shiny emerald green, and sometimes it is frozen with tiny icebergs floating all over its surface.

Other than its out-of-the-world beauty, Bhrigu Lake is also known for its spiritual significance. The lake is named after Maharishi Bhrigu, one of the seven great sages of Hindu pantheon who are believed to be born out of Brahma to facilitate the process of creation of the universe.

Legend has it that the great sage used to meditate near the banks of this lake, which adds to the heavenly appeal of the lake. It is believed that because of this holy nature, the lake never entirely freezes, even in the dead of winter.

All in all, the trek to Bhrigu Lake offers within a span of 3 days, the most fulfilling and awe-inspiring experience amidst the evergreen Himalayan serenity.

Bhrigu Lake and its surrounding areas experience weather perfect for trekking all year round, except in winter. 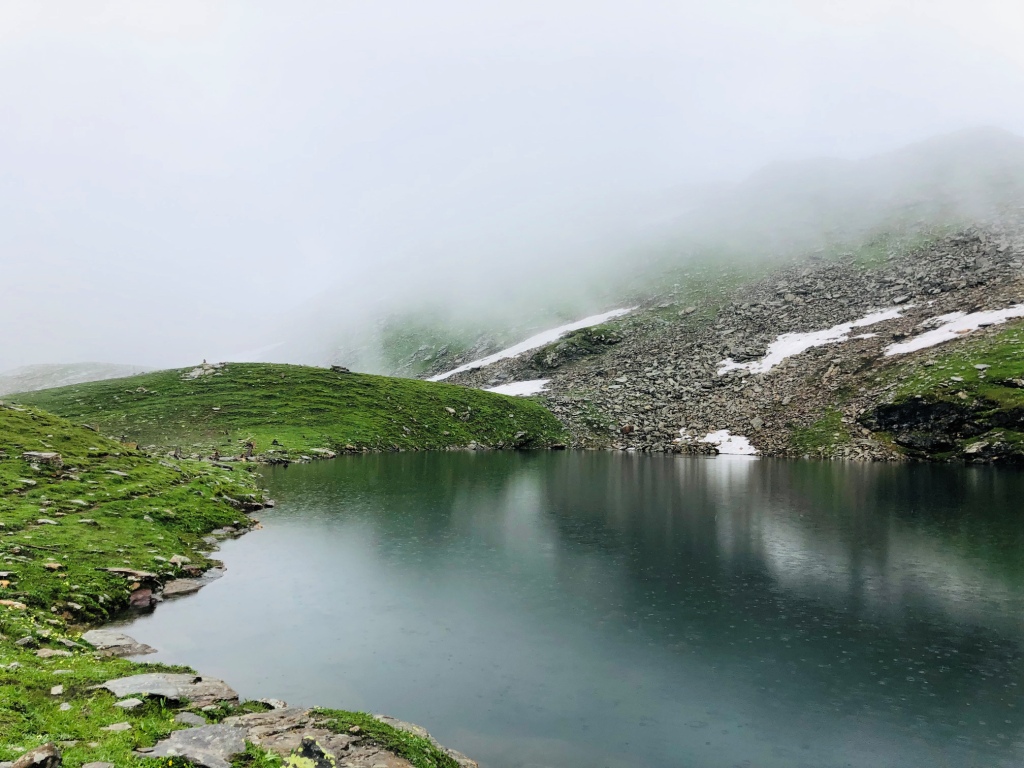 During early summer, the skies are clear with a lovely chill in the wind, but the ground still remains very much frozen and so does the lake with little to no sign of flora. It is only in late summer that the ice begins to thaw everywhere, allowing a marvellous blend of snow and greenery in the landscape.

Monsoon experiences the average amount of rainfall and subsequent landslides between the months of July and September, but in the end, brings the rest of the greenery out in the region – all rain-washed and gorgeous. The beauty that monsoon leaves behind continues to grace the Bhrigu Lake trek route for the entirety of Autumn before getting covered in snow once again in winter.

In the summertime between April and June, the temperature in Bhrigu Lake stays around 15-25 degrees Celsius during the day and drops to 7-10 degrees at night. The temperature stays more or less in the same range throughout the monsoon season, but with a slightly increased humidity in the air due to precipitation.

During October and November, the temperature starts to drop slowly, preparing for a snow-covered, frozen winter. Come December, the mercury stays well under 5-7 degrees during the daytime, but at night it goes sub-zero. A temperature of 0 degrees to -10 degrees can be expected, for which trekking remains closed during the winter months of December to March.

From May to October is the ideal time to visit Bhrigu Lake. From mid-May, the terrain clears up for easy access, but it is still pretty frozen. However, the weather conditions and pleasant.

The month of June presents the perfect opportunity for the trek, with the snow cleared away enough to open up most of the roads and bring back the crystal blue of the lake, but not too much to take away from the beauty of the locale.

Due to rainfall, July and August are not very preferable. But September and October bring back the abundance of natural beauty to the valley in all its rain-washed extravagance.

With the monsoon gone and the temperature sloping down one day at a time, it is the favourite time of many a trekker. From December to March, the roads to Bhrigu Lake, along with most other Himalayan treks, are closed due to snowfall.

Written by Anwesha on 22-Feb-2020
Read About Author