Written by Souromi on 20-Nov-2020
Read About Author

The charming Valley of Flowers National Park is a heavenly retreat for all the tourists and trekkers at large. It is bestowed with beautiful and exotic varieties of flowers and rare endangered species. Snuggled in the Western Himalayas of Uttarakhand, the Valley of Flowers is situated at an altitude of 3,658 m above the sea level in the quaint Bhyundar Valley. Located in the Chamoli district, Garhwal, the Valley of Flowers covers 87 square km expanse filled with cascading waterfalls, rustling streams, lush meadows, shimmering glaciers, and colorful alpine flowers.

This scenic valley was completely unknown and untouched till Frank S Smythe, a mountaineer discovered it in the year 1931. It was previously called the Bhyundar Valley but in 1931, it was renamed Valley of Flowers by Smythe. In 1982, this Valley came to be known as a National Park and was also enlisted in the World Heritage Sites by UNESCO in 2005. 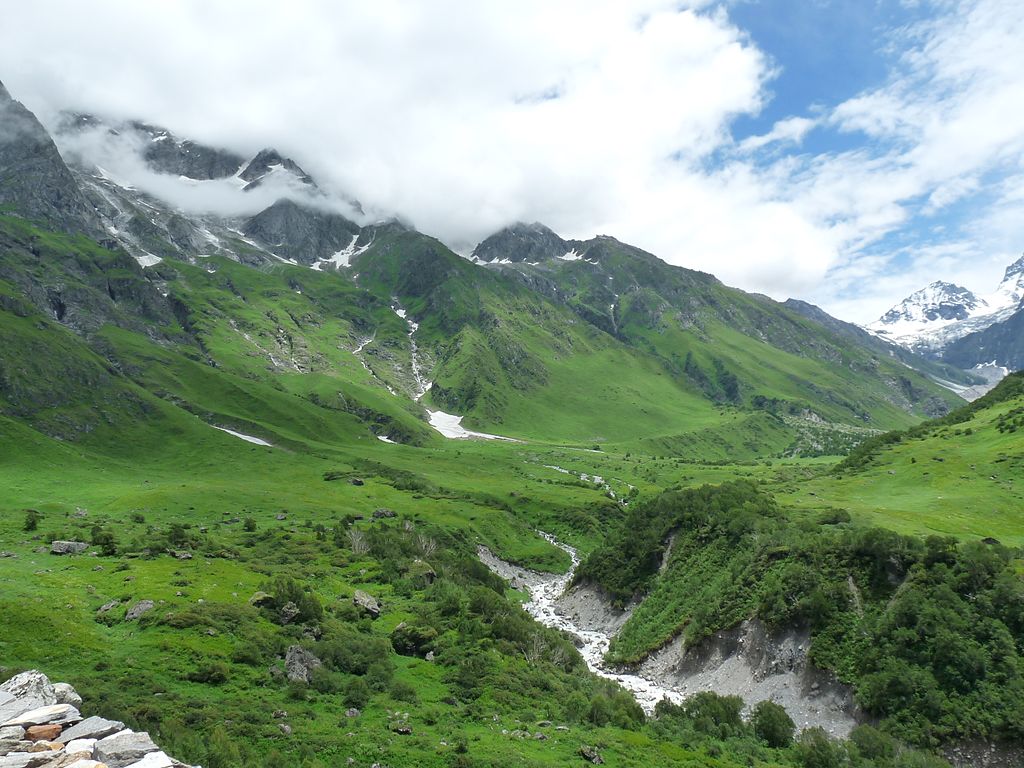 This picturesque Valley is replete with graceful snowy mountain ranges, verdant pastures, and extensive colorful, eye-catching flower carpets. The Valley of Flowers trek route boasts of untamed bushes, wildflowers, and most important herbs of medicinal significance. With the change of seasons, this varied bouquet of nature decks up with different hues and shades thereby offering different views in different seasons.

The sundown from the Valley of Flowers National Park is a treat to watch. The rolling landscapes and emerald mountain ranges turn magical at this hour. This rare Valley of Flowers houses some of the rarest flowers like Cobra Lily, Brahma Kamal, and Blue Poppy. This vibrant National Park is also home to snow leopards, musk deer, Asiatic black deer, red fox, brown bear, and flying squirrels. This spot is thronged by passionate photographers, botanists, flower-lovers who are always in search of mystical surroundings and pristine beauty.

The best time to do Valley of Flowers trek is during the monsoon season in the months of July, August, and September. The flowers and the meadows are in full bloom after the monsoon showers. This Valley is also rich in historical incidents and Hindu mythology. It was believed that Lord Hanuman brought a life-saving herb, Sanjeevani from this Valley to save Lakshman in The Ramayana. The local people also believe in queer folklore that this place was inhabited by gods and fairies and that they still come down here in the absence of mortals.

The Valley of Flowers National Park conducts many activities to make it all the more tourist-friendly. The trekkers, nature lovers can trek up to this Valley to soak in the beauty of the serene waterfalls, virgin landscapes, dense forests of oak and pine trees teeming with snowy mountains, and colorful distinct varieties of flowers which are not available. It has also a divine place in store for the devotees and pilgrims. The devotees climb up the steep trek trail to the famous Sikh shrine in Uttarakhand, the Hemkund Sahib. It also allows you to tour villages like Ghangaria and Bhyundar villages.

The gentle Valley of Flowers stands in complete contrast to the rugged beauty of the Nanda Devi National Park. Both of these Parks are maintained with excellent biodiversity. These Parks save the threatened wild species of animals from extinction. These parks attract a lot of footfalls, nestled between the Zanskar mountain ranges and the Great Himalayas.

The Valley of Flowers opens on 1st June and closes down on 31st October. The Indian trekkers are required to pay INR 150 and the foreigners INR 600 as the entry fee to the Valley. 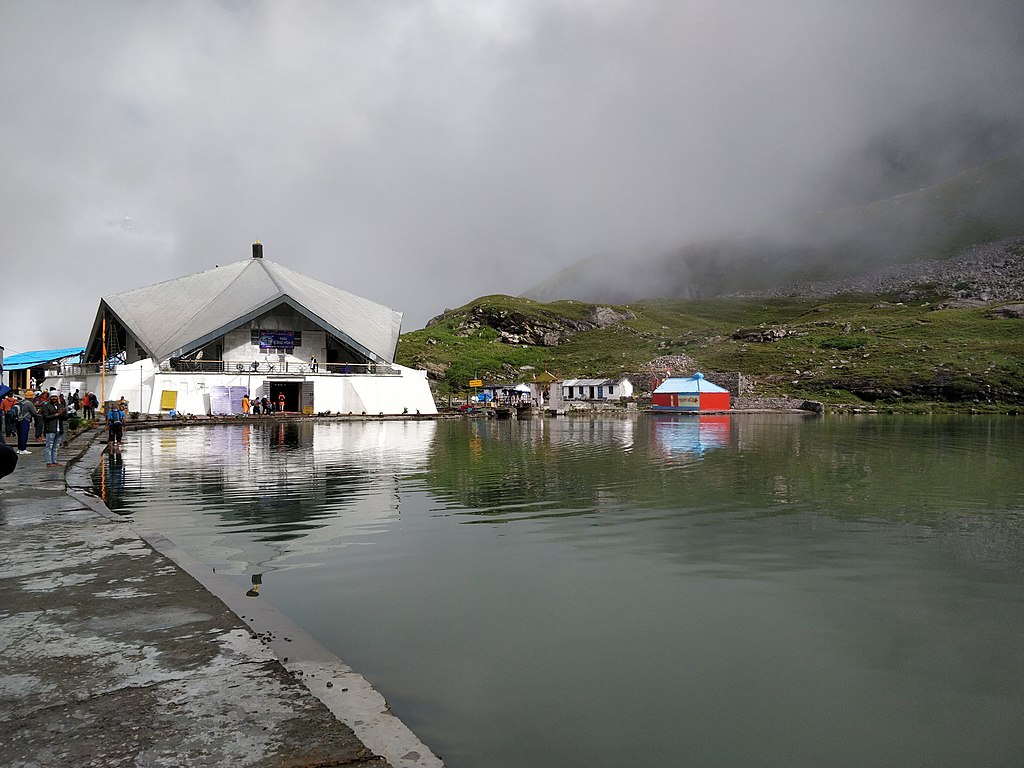 Situated in the famous Nanda Devi Biosphere, the Valley of Flowers houses hundreds of varieties of flowers, making the trek the most enchanting one. This Valley showcases a magnificent riot of colors which is beyond articulation. The Valley of Flowers trek also offers you a chance to embark on the Hemkund Sahib trek. 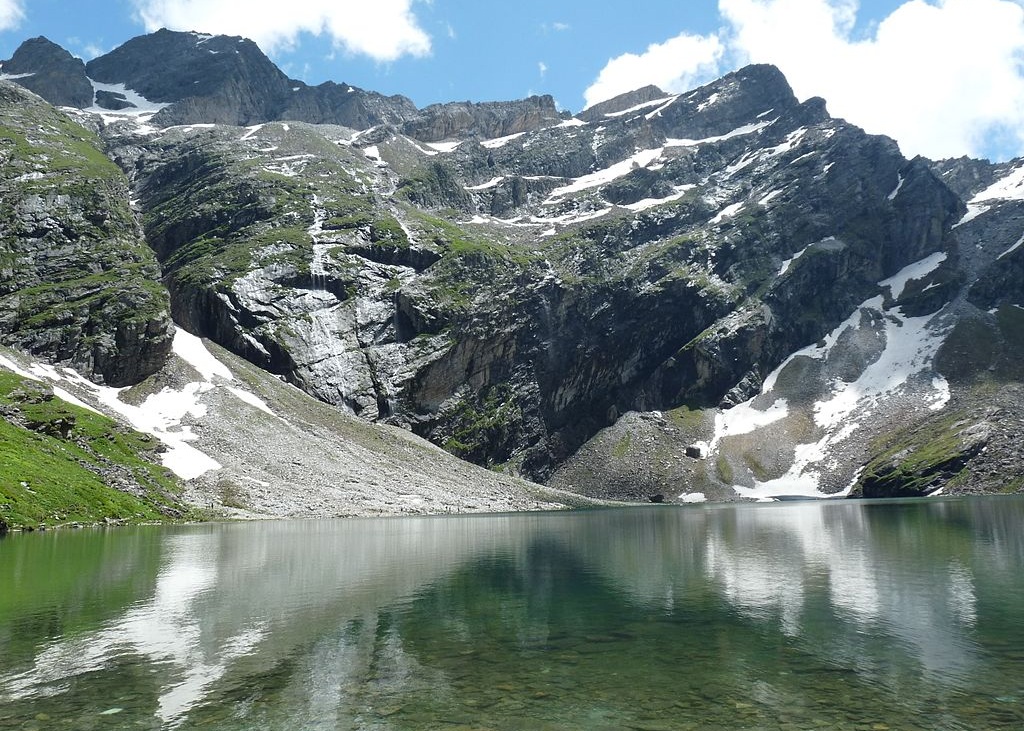 The Hemkund Sahib trek takes you to a high-altitude dazzling lake, Lokpal. This is largely known as Hemkund, whose literal meaning is “Lake of Snow”. This stellar spot is encompassed by snow-clad peaks and glimmering glaciers. This scenic place has some historical significance. It is said that Guru Govind Singhji, the 10th Guru of the Sikhs meditated here. This crystal-clear lake, which is as cold as snow, enthralls the tourists with the reflections of the alluring surroundings. The best time to visit Hemkund Sahib is from the middle of June to the end of September. The devotees can perform their rituals and make their offerings in the Sikh Gurudwara and the Lakshman Temple to attain peace of mind. 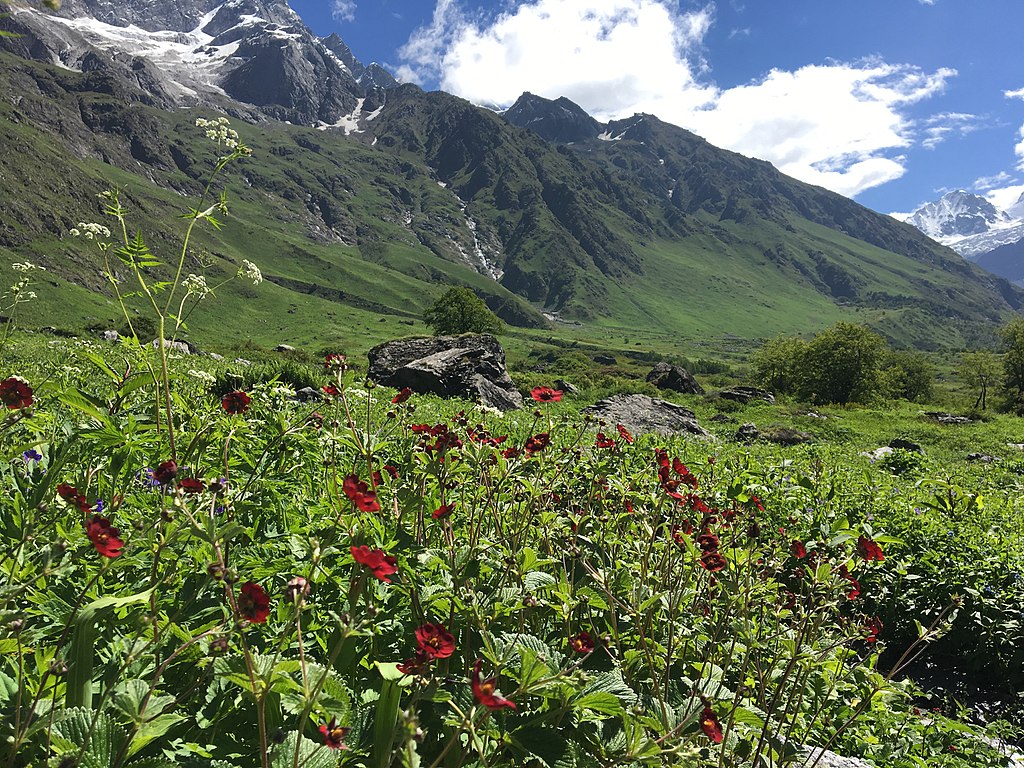 Valley Of Flowers in June

The Valley of Flowers opens its outlets to the trekkers in the month of June. The daisy-fresh breeze of The Himalayas, during this month, lures the nature lovers and the tourists seeking silence and rejuvenation. The temperature during this month remains within 16oC, presenting a pleasant climate. Flowers in this Valley start to bloom with its tiny petals and short stems this month. The rhododendrons go wild during this opening month in the icy glaciers.

Valley Of Flowers in July

During the month of July, the Valley goes green all over. As it is a high-altitude valley, there will be some patches of snow on the path until the middle of July. In July, the temperature of the Valley of Flowers hovers around 19oC to 20oC. The trek trails up to Hemkund are strewn here and there with snowdrifts. It makes the scenery all the more captivating. The monsoon showers gain momentum later in July, washing away the snow entirely. During the middle of this month, the flowers in the Valley start blooming gradually, putting up a refreshing sight.

Valley Of Flowers in August

In the month of August, the rate of precipitation is quite high and the temperature remains within 24oC. Most of the days during this month remain cloudy, sheeting down. Most of the flowers are full-blown during this month. The Valley of Flowers in August can rightfully be described as a heaven on earth a bunch of exotic flowers that make this Valley extremely beguiling. In the initial days of August, the greenish patches mark out the beauty of this valley. Within the end of this month, the stretches of flowers take on the golden tinge, appearing like the bed of corals apparently.

Valley Of Flowers in September

In this month, the Valley provides a picture of glossy pink and crimson red flowers. During this time, the Valley is filled with plenty of vegetation marking the green meadows. This month of retreating monsoon has its own beauty. The salubrious weather and clear skies this month offer unhindered views of the mountains and the blissful surroundings. The temperature during the day remains within 23oC but it can drop down a bit in the evening. In this month, the pilgrims and devotees flock to the Hemkund Sahib for its splendid atmosphere, holy Gurudwara, the temple, and the crystal clear lake. The Brahma Kamal flowers are found in plenty in Hemkund Sahib, which adds to the mind-boggling beauty of this place. 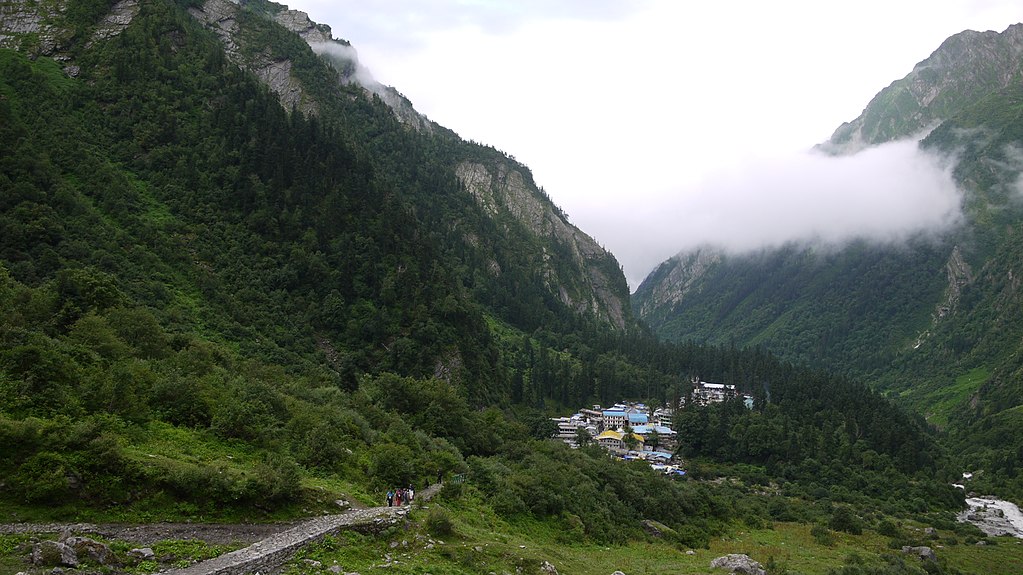 The oft-visited Valley of Flowers is a preserved and well-maintained wildlife area. It does not allow any overnight stay for the trekkers. It is solely meant for the wild and untamed to take shelter. So, for any night stay accommodation, one has to trek back to Ghangaria village, the base camp of the trek.

The altitude of the Valley of Flower is very high, thus making it impossible for overnight stays. The oxygen level is quite thin, making acclimatization difficult. Therefore, staying in Ghangaria village is the only option. This village can provide private lodges and hotels for overnight stays.

You may also like to stay in the rooms provided by the Gurudwara in Hemkund. For the devotees, it can be a one-time experience staying in Gurudwara with the constant prayers and chorus of chanting holy hymns. No arrangements for foods are available in the Valley of Flowers but in Gangharia, you can get restaurants that serve different types of cuisines namely- Chinese, Garhwali, and Punjabi dishes.

This trek is unlike any other as you get to experience some of Nature’s wonders which are not found anywhere else in the country. For instance, the Brahma Kamal (Queen of the Night) is a late-night flower that blooms only once a year (July-Sept). It is actually a medicinal herb, a sure-curer of cough, cold and intestinal infections, not to speak of its unimaginable beauty. And then there is this Valley of Flowers in Chamoli, where Alpine flowers, among other varieties of flora and fauna, are really the rarest of the rare wonders. Hurry up and grab the chance to witness the enigma of the Valley’s flora and fauna.

Written by Souromi on 20-Nov-2020
Read About Author