Uttarakhand is well-known among people due to the lofty snowcapped mountains that allow people to go on trekking adventures. Two of the most well-known treks include the Har ki Dun trek as well as the Kedarkanta trek. Both of them provide a picturesque view of the Himalayas as the trekkers get to tread the paths laden with flora and fauna. To take part in any of these treks people have to start from the Sankri village. The elevation is quite similar for both the treks and the quaint places help the trekkers to go on a unique adventure that they will remember throughout their life. Here we will look into Kedarkanta vs Har ki Dun trek to notice the differences that mainly lie between them and also to know about the things which make these treks so popular. 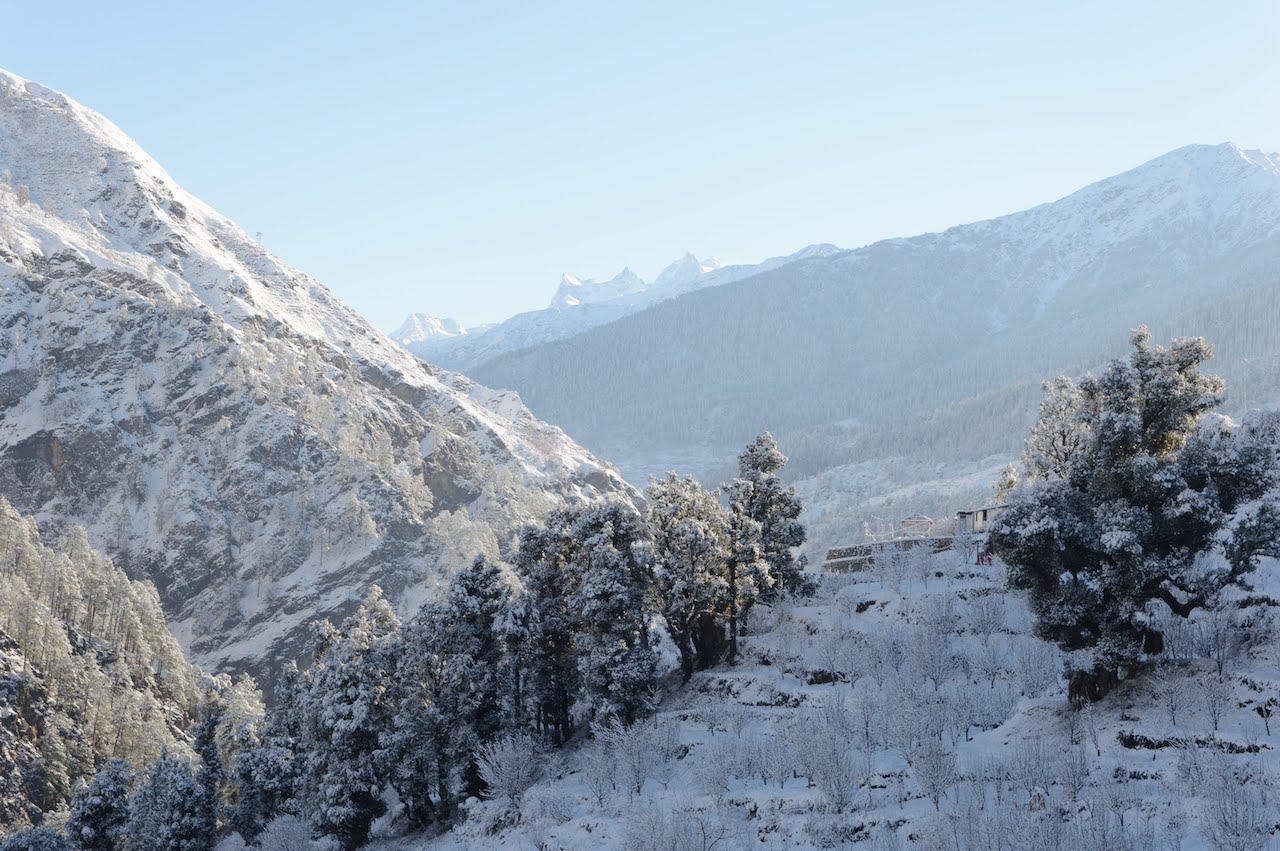 Key Differences between the two treks:

As we are proceeding with Kedarkanta vs Har Ki Dun, we are made to realize that there are some subtle differences between the two. From the above sections, one can understand that a trekker will be up for different things when they are starting the journey. The trek elevation for Har Ki Dun is about 1900 meters to 3500 meters and for Kedarkanta it is 2000 meters to 4000 meters. So, one can understand that one is higher than the other.

This is obvious as Kedarkanta trek is a summit trek where you are climbing a peak whereas Har Ki Dun trek is a valley trek. It is needless to say that because of their location in the Govind Wildlife Sanctuary trekkers get to ample amount of flora and fauna. Being a valley Har Ki Dun allows the trekkers to have a closer look at them and the trek also leads people through thick forests and meadows. 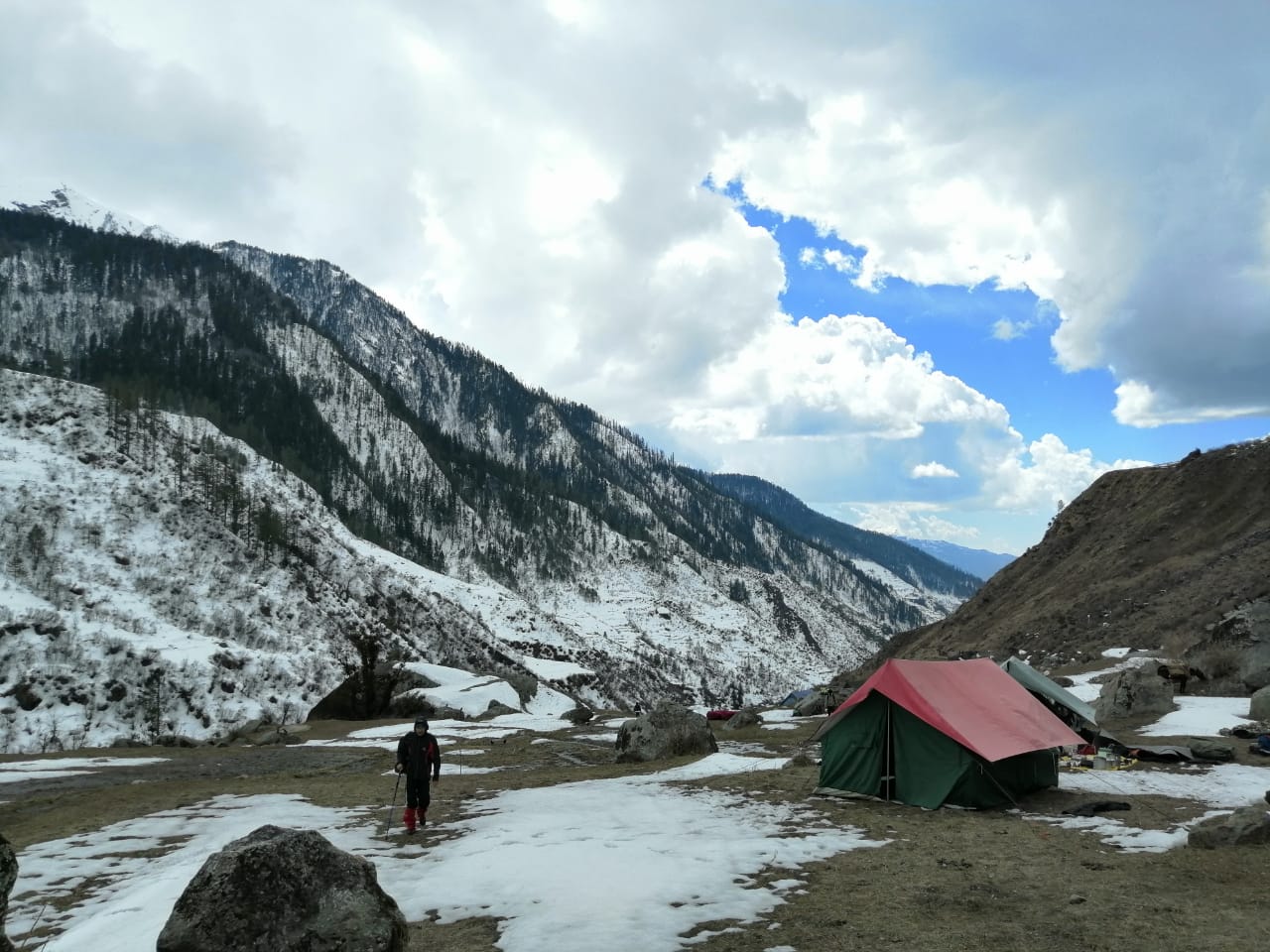 During the summer months, the weather of Har ki Dun is pleasant but it can still reach -1 degrees Celsius at times, so packing well is essential. Because of the harsh winter, it is not an option to trek in Har Ki Dun when the temperatures may drop down -15 degrees Celsius. Kedarkanata also receives sub-zero temperatures and in the winter months, trekkers can expect to witness -10degrees Celsius or even below.

So, here are some of the things that you need to know about the Kedarkanta vs Har ki Dun trek. Both of them let you have a beautiful experience of the Himalayas where the trekker gets to have a look at the pristine landscape and the snowcapped peaks. People should try to tread both the treks once in their life to experience the amazing beauty that the pristine mountain beholds. It is always better to plan along with a travel agency and pre-book a guide who will help the trekkers in their journey and also assist them to know more. 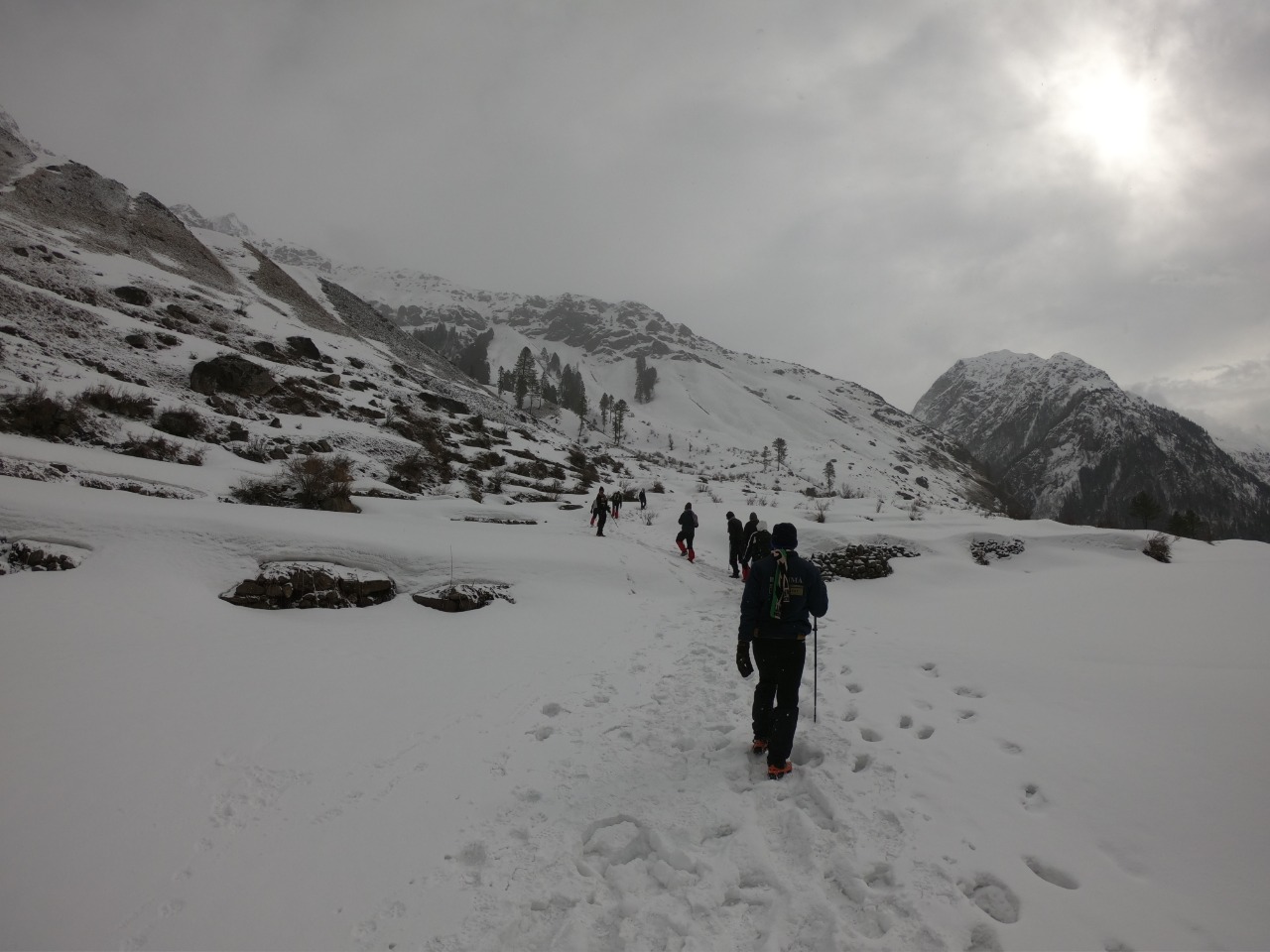 The thing that travellers should note is that Har ki Dun is a seasonal trek whereas they can go on the Kedarkanta trek throughout the year. The main reason behind this is that the path of Har ki Dun is covered less than 5 feet of snow and it begins snowing from November. The Government closes the gates to the trek because of the subzero weather during the winter months. The gates only reopen in March when spring visits the valley leading to the melting of snow and the visitors can also find the regained greenery of the place. One can pursue the Har ki Dun trek from March to December. 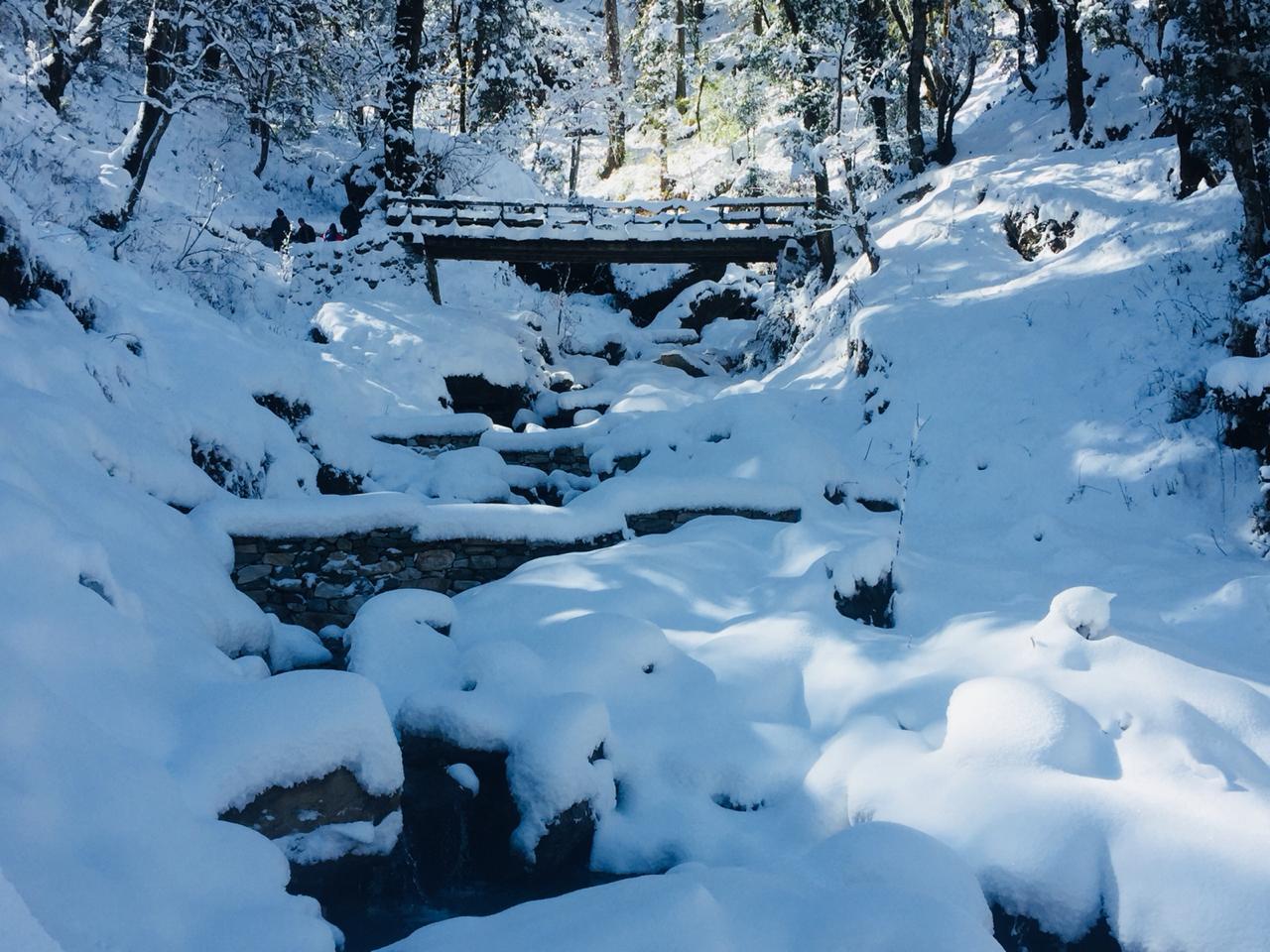 On the other hand, Kedarkanta trek is available throughout the year. It is best to avoid the Kedarkanta trek during the monsoon months when the showers are erratic and they can cause landslides. During the winters you can find the Juda Ka Talab is a frozen masterpiece. The beautiful streams during the summer months and the green pine forests are a sight to behold.

As we said, the Har ki Dun trek remains closed during the winter months due to its harshness. Usually, a trekker will come across temperatures that range from -1 degrees Celsius to 13 degrees Celsius on an average. The beautiful valley of Har ki Dun is mostly known for its pleasant weather but it starts to get harsh from December. Along with snowfall, the place can get a temperature of about -11 degrees Celsius. During July and August, the valley is hit by rains and it remains cloudy. Visitors should always pack a lot of woollen clothes when they go on the Har ki Dun trek. 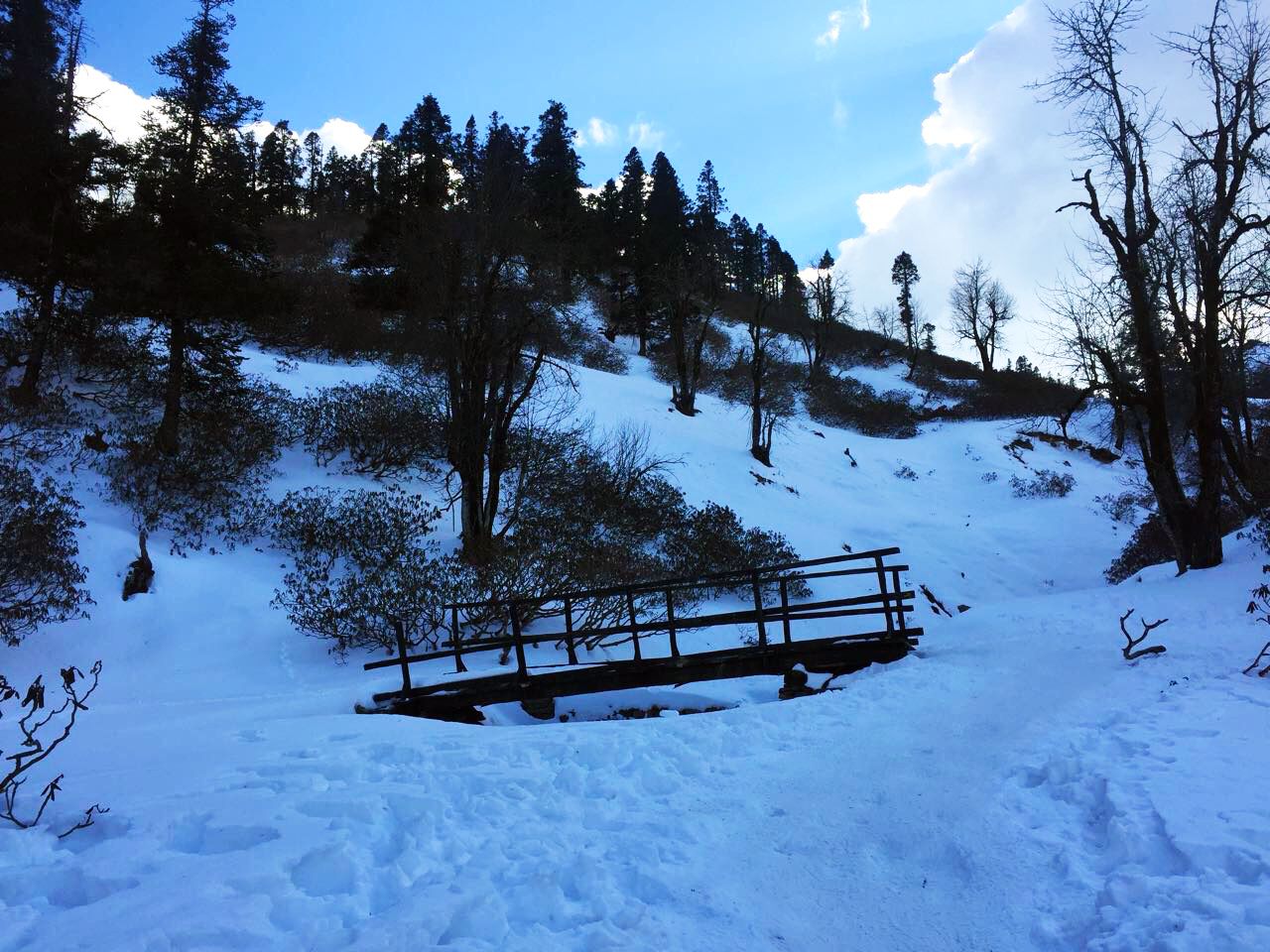 The Kedarkanta trek can be accessed throughout the year and we will recommend avoiding the monsoon months of July and August and it may continue till mid-September. The summers are mainly from April to June when the temperature can rise to 20 degrees Celsius during the day. October is the onset of the winter and along with November; it can be regarded as one of the best times to avail the Kedarkanta trek. Officially, the months of December to March can be regarded as the winter months when the place gets a lot of snowfall and the temperatures can drop till -10 degrees Celsius. Winter months are quite popular among trekkers as they like to experience the snow-covered mountains. These days, the visitors are also able to enjoy skiing in the slopes.

Before someone goes out on trekking, it is quite important to plan the route. To begin on the journey for the Kedarkanta trek or Har Ki Dun trek, one needs to reach the Sankri village. The best way to reach the village is to book a cab from Dehradun or one can also travel from Haridwar. Both Dehradun and Haridwar are well connected to the rest of India. The Jolly Grant Airport is the nearest airport where people can fly to. The Dehradun railway station is the nearest railway station near Sankri. 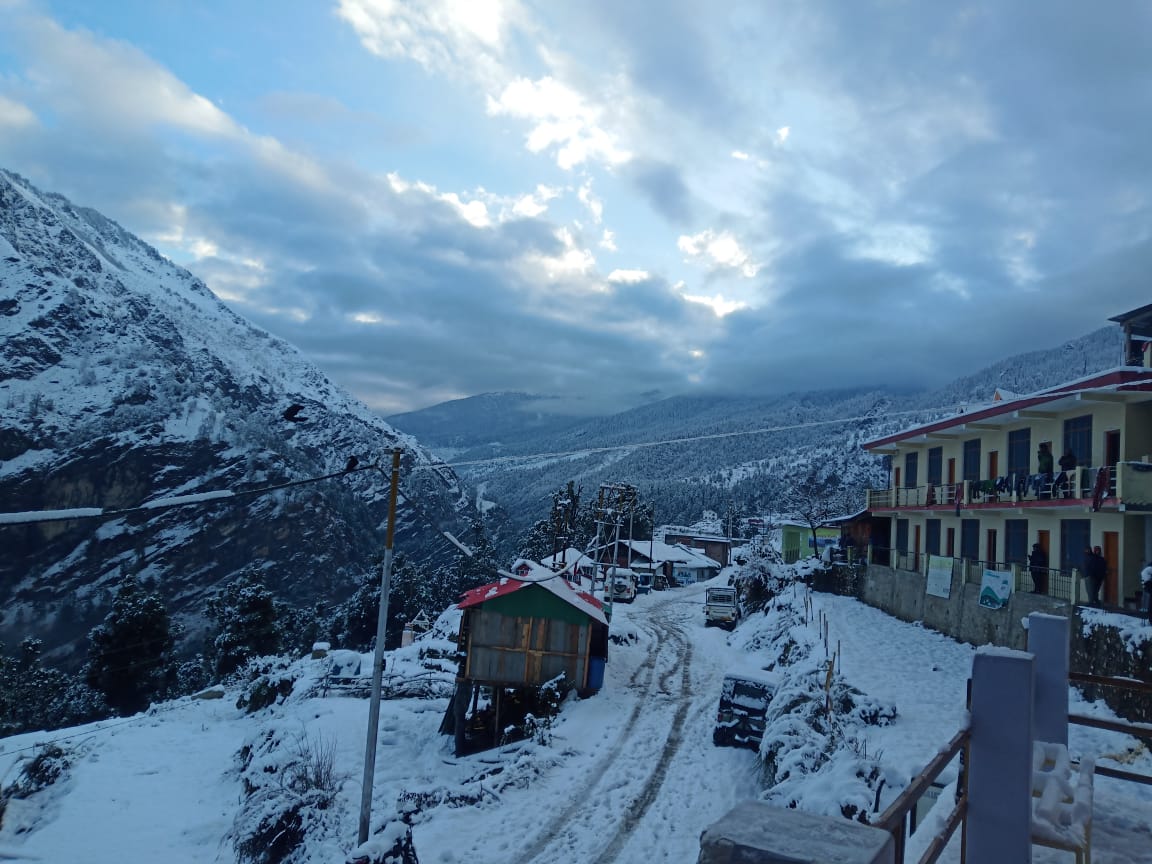 The last ATM before both the treks can be found at Purola which is a village near Sankri. After resting in Sankri, the roads divide depending on the choice of route. People who avail the Har ki Dun trek moves towards Taluka and then to Seema or Osla and people who are taking the Kedarkanta trek move towards Juda Ka Talab to the Kedarkanta Base Camp.

While comparing Kedarkanta vs Har ki Dun trek, we find that the former trek is easier and beginner-friendly compared to the latter one which can be difficult at times. The Har ki Dun trek is of moderate difficulty and a person needs to climb and elevation of 3,273 meters above sea level. In the Har ki Dun trek, a person will mostly pass through a valley engulfed with the trees. Along the way, there are local villages which let you know about their culture. It takes about 7 days to complete the Har Ki Dun trek.

The Kedarkanta trek leads you to the summit which provides a panoramic view of the surrounding landscape. The trek gets over in 4 to 5 days and the person will need to trek to an elevation of 4,000 meters above sea level. After passing the Juda ka Talab a person gets to trek through a 4 KM stretch of pine and oak trees. The Kedarkanta trek is regarded as one of the easiest mountain treks present in India. Because of the snow, it can get a little difficult in the winter months.

To avail both the treks, people need to have good health conditions and people with cardiovascular issues should avoid the trek. It is best if the BMI of the trekker is within 18.5 to 24.9 to avoid any problems caused by the strenuous activity and high altitude. Both of the treks can be availed by beginners who are enthusiastic about it.